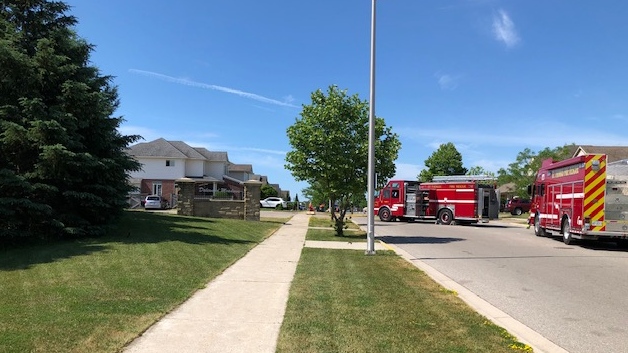 Emergency crews block the area where a car struck a gas meter at the side of a house in St. Thomas, Ont. on Thursday, June 25, 2020. (Nick Paparella / CTV News)

LONDON, ONT. -- Emergency crews were called to an address in north end St. Thomas neighbourhood Thursday morning after a car rolled into a gas meter causing a leak.

St. Thomas police tell CTV News that there was minimal damage in the incident and there are no evacuations as a result of the leak.

The incident occurred Thursday morning at an address on Pine Valley Drive near Ron McNeil Line.

A car apparently rolled into a gas meter causing the minor leak.

While there was no serious damage in this case, gas leaks can be potentially dangerous.

It was a car crashing into a gas meter that cause the now infamous Old East Village explosion in 2019.

In that case several people were injured including a firefighter, and several houses were left destroyed or damaged.