Car crashes into home in Sarnia 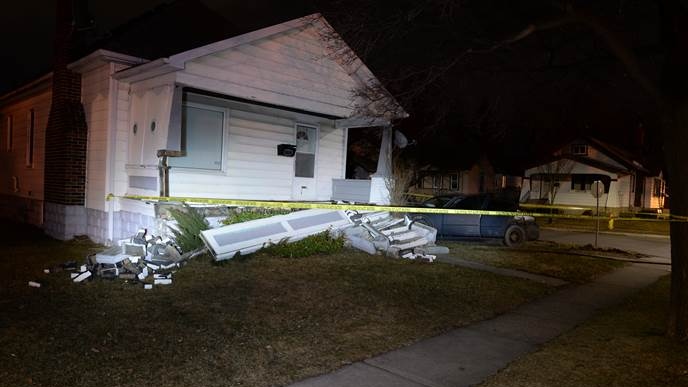 A man is facing several charges including impaired driving after a car crashed into a home in Sarnia.

Police were alerted to the collision around 11 p.m. Thursday night after it was a reported that a car crashed into a house in the area of Elgin and Napier streets.

Damage to the house is extensive and police say the driver fled the scene. However, witnesses were able to identify the driver and police located the suspect sometime later.

A breath sample determined that the suspect was three times over the legal limit.