Car bursts into flames after rolling into ditch 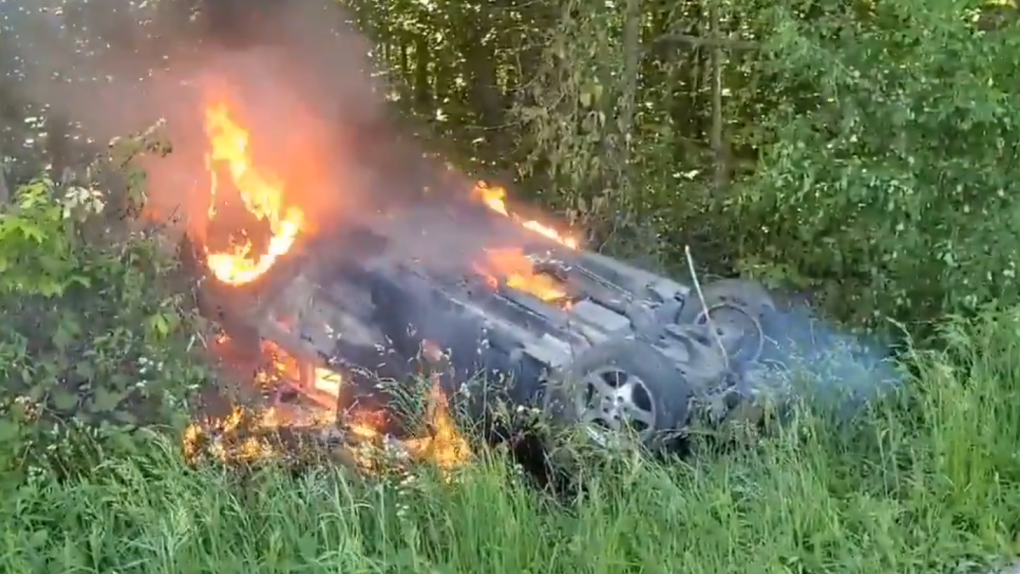 A car burst into flames after rolling into a ditch in Norfolk County Sunday afternoon. (Courtesy Norfolk OPP)

LONDON, ONT -- Provincial police say they are amazed there were only minor injuries reported after a car burst into flames when it rolled into a ditch in Norfolk County.

Norfolk County OPP tweeted video on Sunday of the car on fire in the ditch before fire crews begin to douse the flames.

A vehicle left the road, rolling into the ditch before catching fire along Villa Nova Road in Townsend.

Police say only minor injuries were reported and their investigation continues.

Watch the video posted by OPP below: