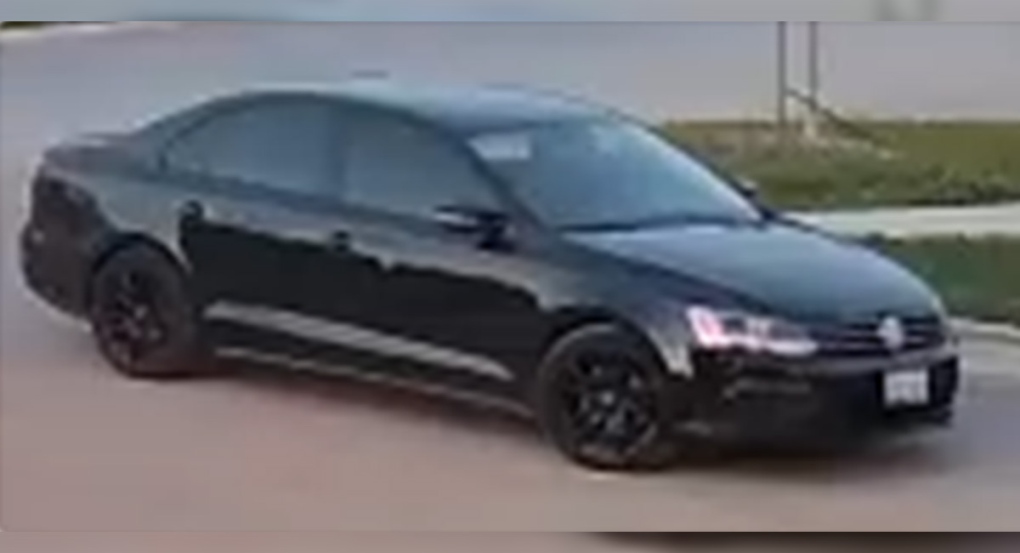 A 2016 four-door Volkswagen Jetta with black rims is believed to be involved in a fatal shooting on Wateroak Drive in London, Ont. (Source: London Police Service)
Middlesex Centre, Ont. -

London police are asking the public for information after locating a vehicle believed to be involved in the shooting death of Lynda Cruz Marques a week ago.

Marques was shot and killed while parked in in the driveway of a home at 2229 Wateroak Dr. in the north London neighbourhood of Fox Hollow.

Police now say that three suspects went to the address just before 8 p.m. on Sept. 10 driving a 2016 Volkswagen Jetta, at which point two suspects got out and fired at the parked vehicle before returning to the car and fleeing the area.

Investigators say the black, four-door Jetta with black rims was found Wednesday near the end of Meadowlily Road South, in the southeast end of the City of London.

“We believe that the car located on Wednesday is the same one used during the commission of this murder,” Det.-Sgt. Sean Travis of the Major Crime Section said in a statement.

“Its discovery provides an opportunity to advance the investigation into this horrific incident and we are appealing for anyone with information to contact us.”

Police are asking anyone with information on or video of the Jetta and its occupants, or suspicious activity in the Wateroak Drive or Meadowlily Road South on Friday, Sept. 10 to contact them.