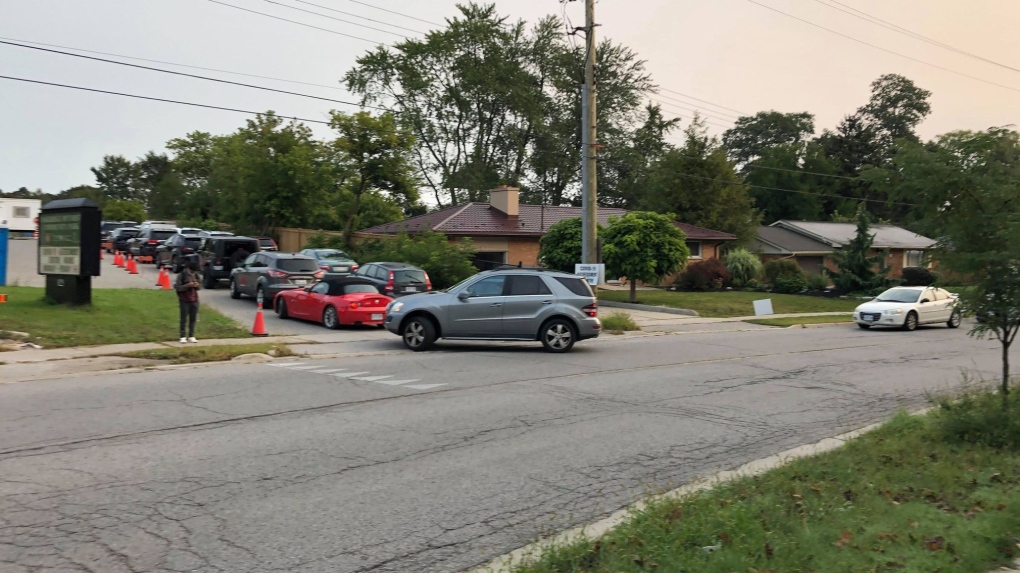 LONDON, ONT. -- The lineups for COVID-19 testing continued to grow Tuesday, but the capacity for testing is also growing.

Hundreds of people are turning out every day at the city's two COVID-19 Assessment Centres at Oakridge Arena and Carling Heights Optimist Community Centre.

Cars could be seen lined up down Valetta Street at the Oakridge location as early as of 7:30 a.m. It opened at 9 a.m.

And the turnout continued to be strong at a mobile centre at Western University again Tuesday, after it hit capacity late Monday morning.

There’s one change though, privacy curtains were put up around the area where testing is being conducted.

The testing trailer in the Social Science Centre parking lot is open from 11 a.m. to 6 p.m. on weekdays.

And the testing capacity has more than doubled.

On Monday, staff were prepared to conduct about 200 tests, but on Tuesday they were on track to do 500 tests.

Turnout at community sites was higher Tuesday than it's been throughout the pandemic.

The Middlesex-London Health Unit reported wait times of three hours at both locations, but those attending say the waits were longer than that.

The lines come as cases began to rise again across the province and a community outbreak was declared in London after several Western University students tested positive over the weekend.