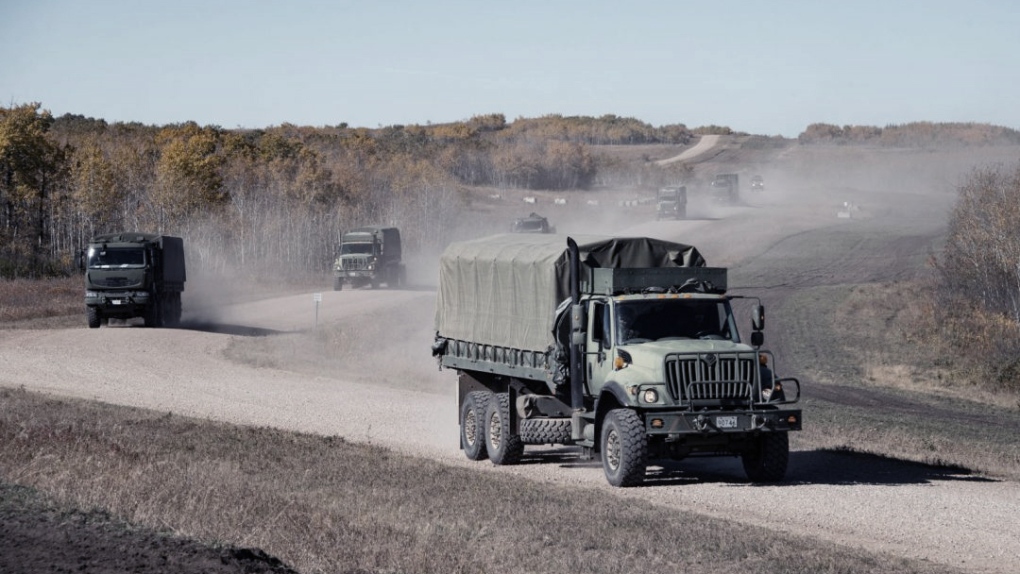 If you’re travelling between London and Stratford, Ont. on Wednesday and see a plethora of army vehicles don’t be alarmed — it’s all part of scheduled training.

According to a press release from the Canadian Armed Forces, on Wednesday Canadian Army Reserve personnel from the 31 Service Battalion, London Support Company will conduct driver and convoy operations training between London and Stratford.

“This is regular, scheduled training that keeps our Combat Service Support personnel and units ready to respond to missions in Canada — like floods and wildfires — and support of international stability operations with partners and allies,” the release reads.

Participating personnel will remain inside their vehicles during the road move as dismounted drills are not planned for Wednesday’s training, except for maintenance purposes.

Military vehicles may be seen by the public on the following highways and major roads:

The purpose of the training is also to keep local reserve members skills up to date on convoy drills, unit discipline, and on the safe and effective operation of specific vehicle platforms.

“All measures are being taken to ensure minimum inconvenience in these areas during the exercise dates,” the release reads. “Members of the public are asked to take extra caution when approaching military vehicles, and are thanked in advance for their understanding and co-operation.”