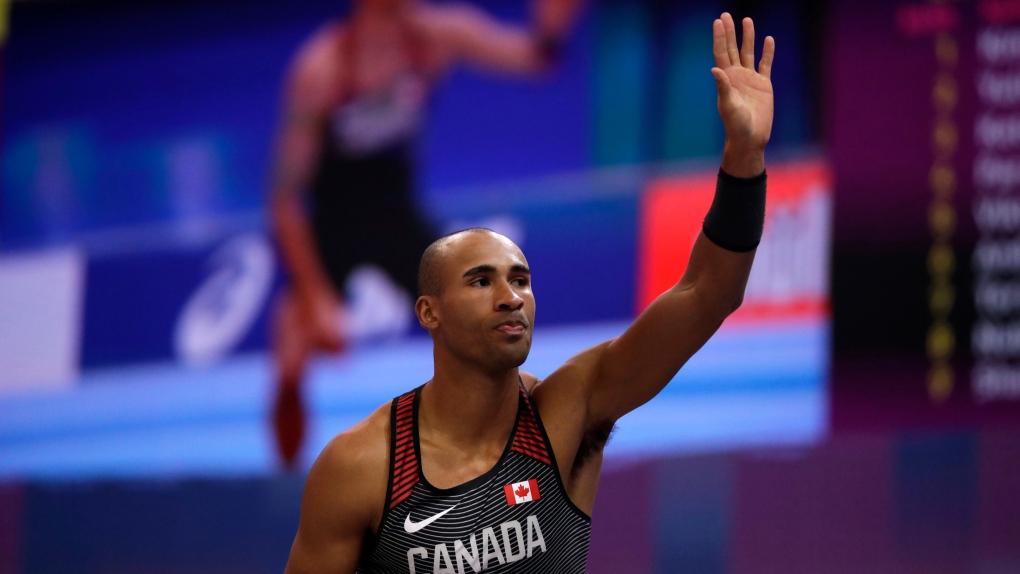 Canada's Damian Warner waves after an attempt in the men's pole vault of the heptathlon at the World Athletics Indoor Championships in Birmingham, Britain, Saturday, March 3, 2018. (Matt Dunham/AP Photo)

GOTZIS, AUSTRIA -- Canada's Damian Warner set a world best in the long jump Saturday in his first decathlon since the 2019 world championships.

Warner was the leader after the first four events - 100 metres, long jump, shot put and high jump - with 3,773 points. Canadian Pierce LePage was second with 3,495.

A decathlon world best is the top mark in history that is set within the 10-event decathlon.

Warner, who won bronze at the 2016 Rio Olympics, is aiming to be the first person to win six Hypo-Meeting titles.

The Hypo-Meeting is considered an unofficial world championship for multi-event athletes.

Warner's results come after a roller-coaster year that saw him locked out of his training facility at the University of Western Ontario due to COVID-19 safety protocols. Warner couldn't travel to the U.S. to train in the winter so his team, with the help of numerous volunteers, built an indoor training facility in the 66-year-old, unheated Farquharson Arena.

This report by The Canadian Press was first published May 29, 2021.