Campaign to save the Fugitive Slave Chapel reaches key milestone 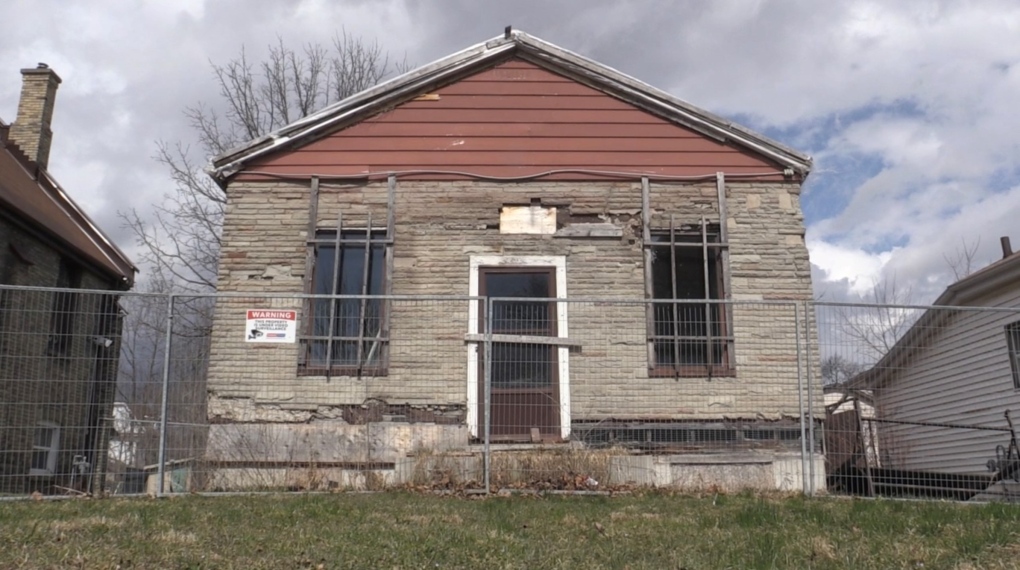 The Fugitive Slave Chapel at its current location in London, Ont. on May 24, 2022. (Daryl Newcombe/CTV News London)

The race to get the historic Fugitive Slave Chapel to Fanshawe Pioneer Village before winter is shifting into high gear.

On Tuesday, Drewlo Holdings presented a cheque for $50,000 to the fundraising campaign.

“Thanks to this corporate donation from Drewlo Holdings, the project is two-thirds of the way towards our $300,000 fundraising goal,” explains Dawn Miskelly, executive director of Fanshawe Pioneer Village.

Allan Drewlo, president of Drewlo Holdings says saving the chapel will play a key role in sharing local Black history, “[It’s] a chapel that we hope will educate Londoners on our city’s Black history for years to come.”

Dating from 1848, the chapel was originally located on Thames Street in a predominantly Black community known at the time as “The Hollow.”

Facing demolition in 2014, the chapel was relocated to a church property in SOHO.

However, community fundraising stalled and by 2018 a dispute between the restoration committee and church leadership derailed restoration plans. 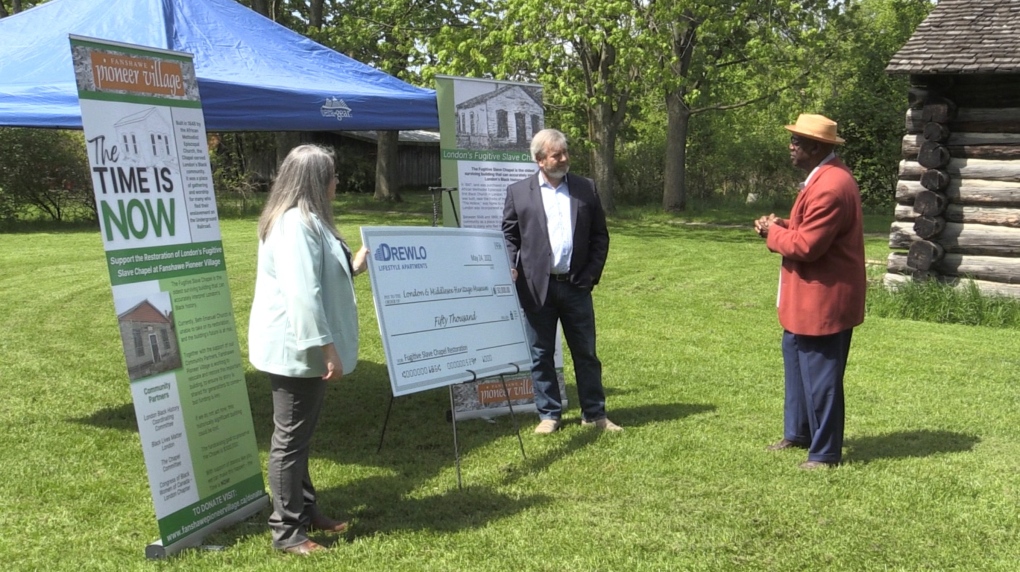 Reaching two-thirds of the fundraising goal in just a matter of months has kept momentum going behind the project.

We’re working on a heritage alteration permit [from city hall] to move the building, so there is a lot of background work with that,” adds Miskelly. “We are also engaging with a heritage architect to get some drawings done for the restoration.”

Miskelly adds that rising construction costs may see the final cost of the project exceed the initial estimate, so they are still actively seeking financial support from the community and senior governments.

In April, city council contributed $71,000 towards the chapel project.

Cadogan is pleased by the community-wide support for the project, saying, “It’s an opportunity for not just young people, but for adults to understand the role the Black community played.”