LONDON, ONT. -- Membership at the CAMI plant in Ingersoll, Ont. is about to get ten years of job security.

After bargaining for 64 of 72 hours over the past three days, Unifor and General Motors reached a deal late Friday to transform CAMI in Canada’s first large-scale commercial electric vehicle manufacturing plant.

The deal could be finalized by early Monday morning.

In the past members would gather in person to vote.

However during the pandemic, members will have 24 hours to vote online following a Zoom call Sunday morning.

"Apparently we have a day to vote, and it's tricky because it's all online," one employee told me anonymously.

"It will be the first time for us doing it, and there will be difficulties," he said.

It raises questions about how smoothly this will run with a membership that isn't necessarily 'tech savvy'.

"They did a Zoom call with the 'big three' in the fall and they have a big membership. I think they had issues but eventually worked it out. We are going to try to do a Zoom call with 2000 members at same time. Hopefully it goes without a glitch, and there will be a full quiestion and answer period. We will try to get to everyone questions, but it will probably take a good hour roll out to tell them how we got here."

"To get good internet we have our own room and laptops," says Van Boekel.

"The bargaining team will be there to answer questions, and they tell us it is going to work."

If membership agrees, manufacturing will start at the plant in November, with full production by February 2022. 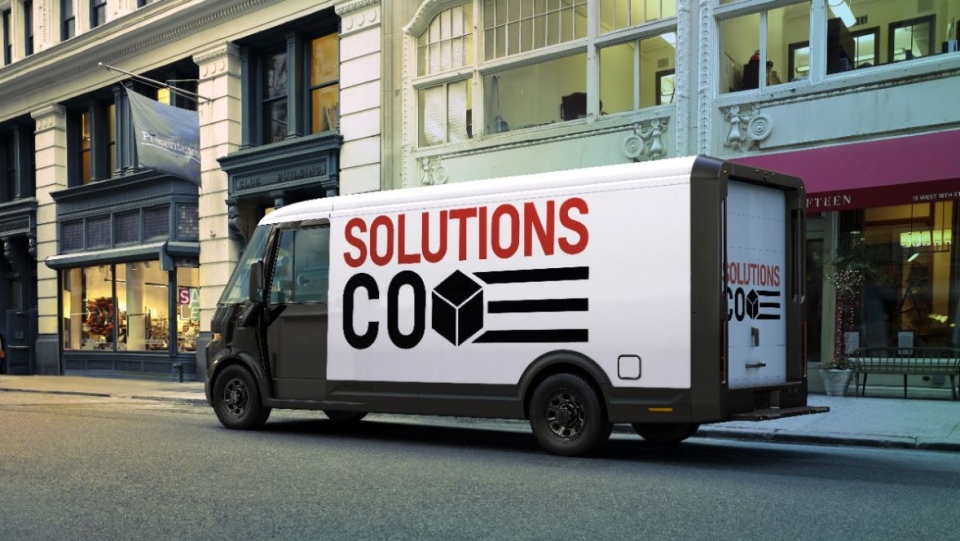 BrightDrop EV600 Van from GM that will be made at CAMI in Ingersoll Ont. (Supplied)

A GM spokeswoman says in a statement that the plan is to build BrightDrop EV 600s -- an all-new GM business announced this week at the Consumer Electronics Show that will offer a cleaner way for delivery and logistics companies to move goods more efficiently.

It will mean the return of three shifts to the factory after they downsized to two earlier this month.

"It's been a rough month, but this should be job security for our plant," says Van Boekel.

"They will be looking to hire for last quarter of 2023, and the first quarter of 2024. We will build both the new vehicle and the Equinox at the same time, then we'll do the switch over. It took us by surprise because I thought we'd build the next generation Equinox that was electric. Electric is the way of the future and this will be the biggest vehicle GM has ever made. We told them if they put it on our plant we'll build it right."

Van Boekel adds that if approved every Fed Ex vehicle in North America will be made at CAMI. He says when production begins every vehicle built in the first ten months has already been sold.

"It's great news for our plant, the community, our members and their families."