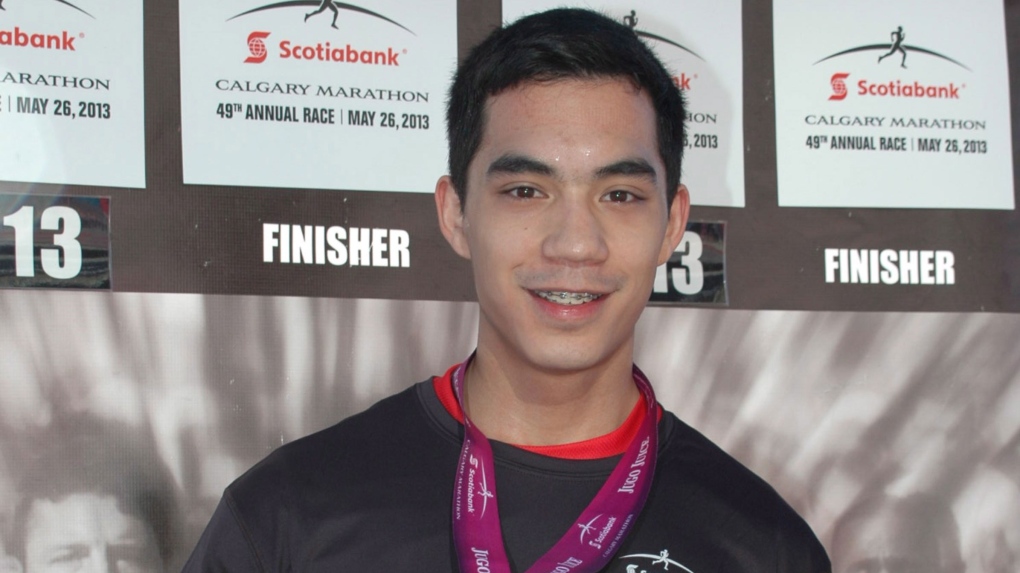 Matthew de Grood is seen in this image.

CALGARY -- A Calgary man has been found not criminally responsible for killing five people in a stabbing rampage.

Macklin said he accepted findings from psychiatric experts who testified that de Grood did not appreciate his actions were morally wrong.

"I find on a balance of probabilities that at the time he caused their deaths, Matthew de Grood was suffering from a mental disorder that rendered him incapable of appreciating or knowing that his actions were wrong," Macklin said.

The finding means de Grood will be kept in a secure psychiatric facility pending assessment by the Alberta Review Board.

The 24-year-old son of a police officer admits he killed five people at a Calgary house party on April 15, 2014.

The trial heard de Grood became withdrawn about a month before the attack and started posting about the end of the world, religion, vampires and Darth Vader on Facebook.

De Grood reported hearing voices telling him to kill before he grabbed a knife from a kitchen in the northwest Calgary home and stabbed the victims to death.

Defence lawyer Allan Fay said in his closing argument that his client believed he was defending himself from werewolves and vampires at the time.

Prosecutor Neil Wiberg said the experts concluded de Grood was not feigning his mental illness and was incapable of realizing his acts were morally wrong.

In a joint statement issued by the families of the victims, they lamented the finding and designation of "not criminally responsible".

Now that the trial for Matthew de Grood has concluded, the families of Jordan Segura, Zackariah Rathwell, Kaiti Perras, Joshua Hunter and Lawrence Hong would like to make a short statement.

First of all, we would like to express our immense gratitude to Justice Macklin for allowing the five tributes to our wonderful loved ones within the court. Our goal at the beginning of the trial was that the spotlight be put on those we lost; that continues to be our goal now and into the future. We ask that everyone remember the names: Zackariah Rathwell, Jordan Segura, Kaiti Perras, Lawrence Hong and Josh Hunter. We can all cherish their legacy by reminiscing moments together, living out their values and supporting others through the scholarships and foundations created in their memory. Those are the individuals who should be remembered. Those are the lives that were lost, and no matter what: Kaiti, Jordan, Josh, Zack and Lawrence are still gone and our families will never be whole again.

The end of this trial is not the end of this journey for us, we continue to be broken. The finding of NCR will be a recurring nightmare for our families. In this system Matthew de Grood will meet with a Mental Health Review Board every year to determine if he will be granted concessions. There will be no peace for us; our wounds never fully heal because every year our families will have to wonder, what will be the fate of the man who damaged so many lives. Every year we will be forced to relive details of our family’s deaths, the anguish and sorrow. We ask that fellow Canadians become informed about the justice system, the designation “Not Criminally Responsible” and its implications. A possible reprieve for our families is the designation of a High Risk NCR, a new law that among other changes would allow a review board to decide to assess an extremely dangerous offender every three years. The five families would support the prosecution in seeking the designation of High Risk NCR, which would give gravitas to the fact Matthew de Grood killed five people and support the system in ensuring that he is not a threat to the public. Every year that Matthew de Grood is reviewed we hope that our community will value the lives of Josh, Zack, Jordan, Kaiti and Lawrence and do what they can to support the five lives that de Grood ended.

A lot of discussion around these murders and trial are painful to think about and at times get away from the core of it. That five lives were taken away and countless others devastated by the actions of one person. Unfortunately, no matter what the outcome is, or could have been, our loved ones Lawrence, Zack, Josh, Jordan and Kaiti are gone – and there is no changing that. Those five young bright people will only smile in our memories, we can only hug them in our dreams, and every moment good or bad will be spent wishing they could share it with us. Their lives, our lives, their friends and the futures for all of us affected are forever changed.

Thank you for your attention.