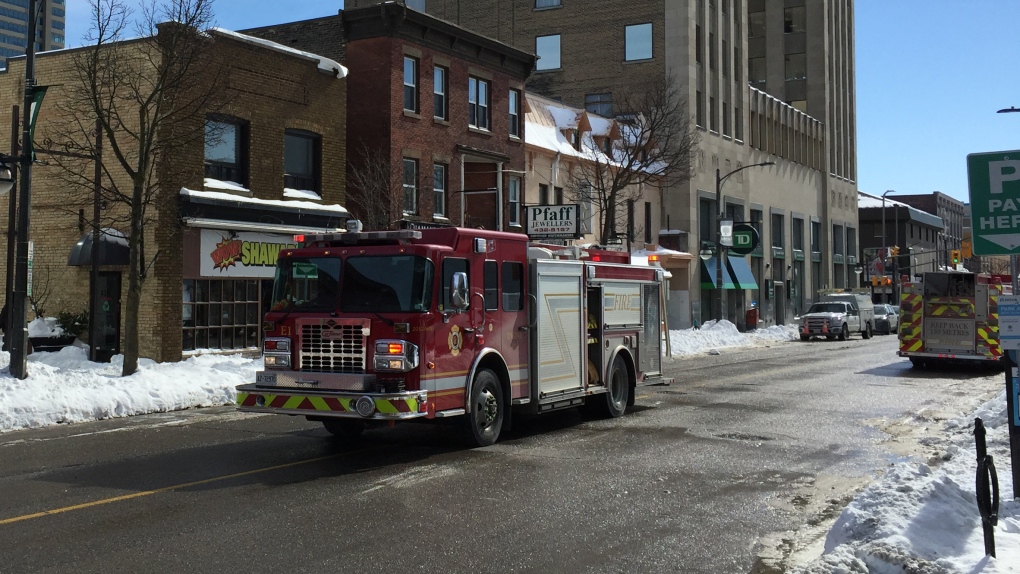 LONDON, ONT. -- Several restaurants, residences and businesses were evacuated Wednesday morning after a gas meter appeared to be intentionally damaged.

Emerency crews were called to Clarence Street between Queens Avenue and King Street around 11:30 a.m.

London police Const. Sandasha Bough said in an email statement, "Emergency crews responded to a restaurant located at 434 Clarence Street in relation to damage to a natural gas meter."

Enbridge Gas was called in to assist fire, police and paramedics already at the scene.

The source of the leak was quickly located and the situation was brought under control less than an hour later.

London police say a criminal investigation is underway and want to speak to a male who was observed in the area at the time.

The person of interest is described as male, Caucasian, between 25 and 35 years-old, wearing a dark-coloured toque, black jacket, and grey sweatpants. He was carrying a bag at the time and was last seen heading eastbound from incident.