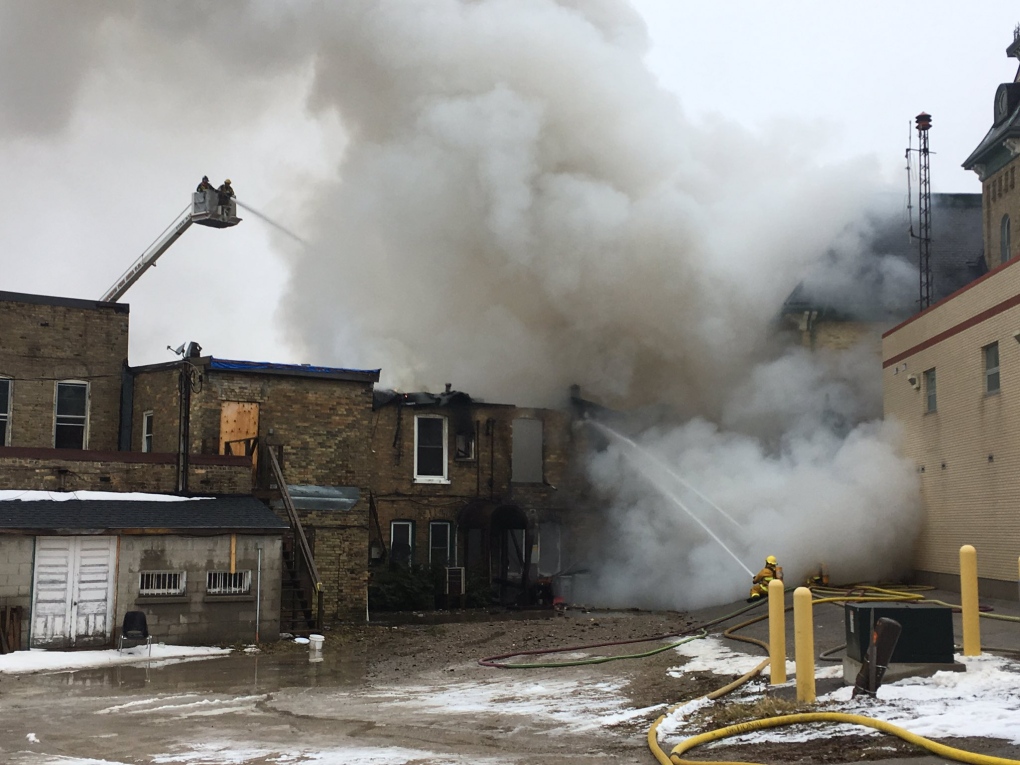 Firefighters in Clinton continue to battle a fire at the main intersection of the town on Saturday, March 18, 2017. They are trying to keep the fire from spreading to the town hall next door. (Nadia Matos / CTV Kitchener)

Investigators remain on scene of a huge blaze at a building in Clinton that has now caught fire four times.

The fire forced the closure of the intersection of Highway 4 and Highway 8 for the day.

The blaze started in the building on the main strip Saturday around 5:30 a.m.

About 50 firefighters from Seaforth, Goderich and Central Huron battled the fire.

Five people were sleeping in apartment units in the building but were able to escape.

"They're OK. At this time, victim services been called and we're looking after them," said Dave Reneer, fire chief of Central Huron.

Fire officials say their plan was to ensure the flames didn't spread to the town hall next door. Lots of archival material is kept at the hall.

The town hall has been closed until further notice.

"It's devastating. A lot of the (buildings) downtown have that great old Victorian architecture and when you lose buildings like that I think it has an impact on a lot of people," said Central Huron Mayor Jim Ginn.

Fire officials say in total three buildings were hit by the fire and four storefronts and five apartment units will have to be torn down.