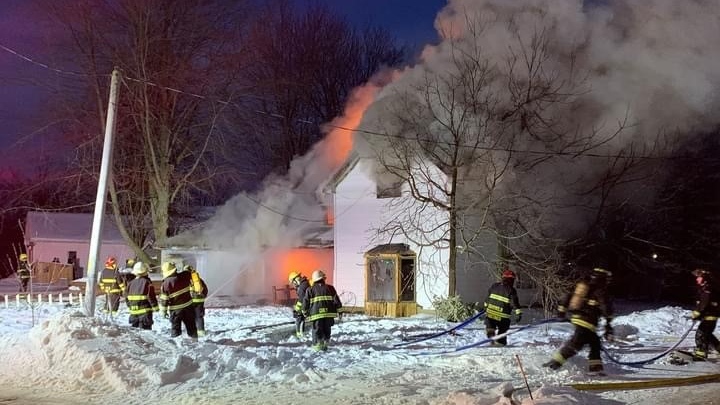 LONDON, ONT. -- A homeowner in Brussels, Huron County was able to escape with his two dogs after a fire broke out leaving his home destroyed Tuesday evening.

There was little firefighters could do to save the home other than to contain the fire to the residence.

A backhoe was brought it to knockdown the two storey home.

Even once torn down hot spots continued to flare up in the rubble leaving smoke to fill the surrounding air.

No one was injured in the fire and an investigation into a cause is underway.

More information will be provided as it becomes available.