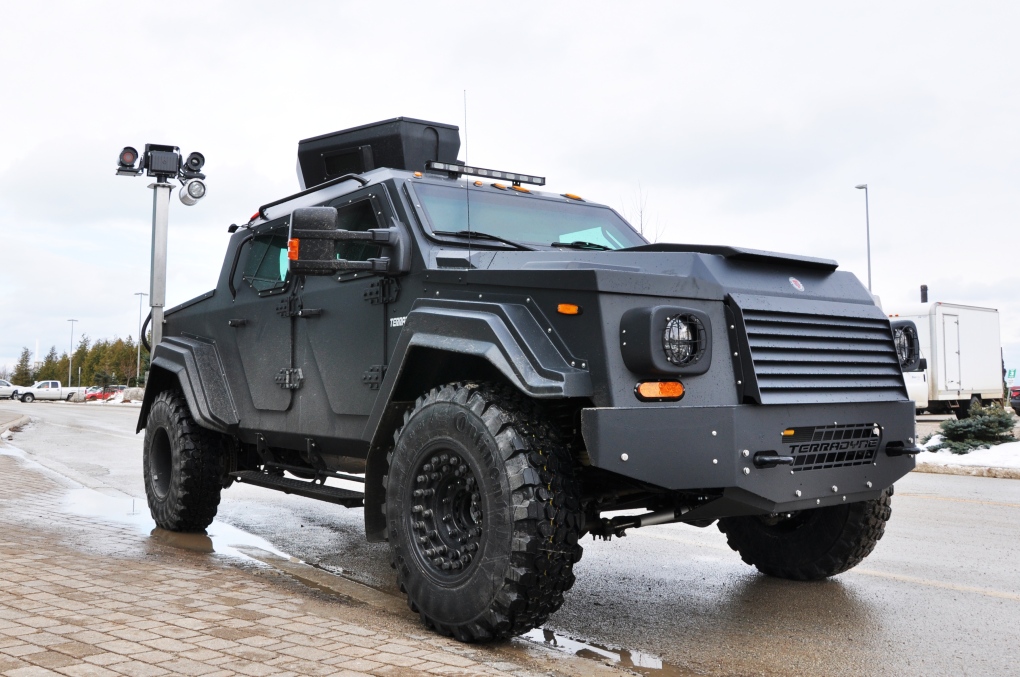 A photo provided by Bruce Power shows the 'GURKHA,' made by Terradyne Armored Vehicles Inc. of Newmarket, Ont., which has been purchased for the company's security.

In a statement John Collin, chief of emergency and protective services at Bruce Power, said "At Bruce Power, we continuously strive to make our site safer and stronger and we’re confident the GURKHA will help us achieve that goal."

The company runs the largest nuclear plant in the world. They wouldn't say how much the new armoured vehicles cost or even how many they bought.

The company already has an imposing security force including an award-winning nuclear response team that has the training and arsenal of most American SWAT teams.

'Gurkha' armoured vehicles are normally used by law enforcement and the military.