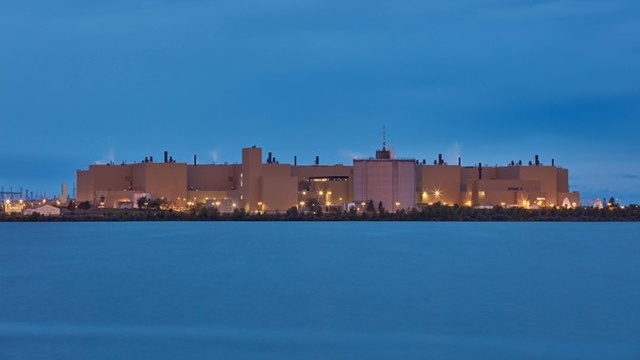 Ontario’s largest nuclear facility is going to be producing more power in the future. In 2016, Bruce Power’s eight reactors produced 6,300 MW of electricity — and by 2033, that number will reach 7,000 MW.

“It really is a significant amount of power, when the province needs it. It’s all done by just increasing efficiencies, increasing output, as we do our maintenance outages. We can install some new equipment,” said Bruce Power’s John Peevers.

An acknowledgement by provincial and federal governments that Canada won’t reach net zero carbon emissions by 2050 without nuclear power earned Bruce Power its first invite to the COP27 climate conference in Egypt.

“I think you could say nuclear is having a moment. It’s long overdue. It’s the first time Bruce Power has been at COP27. We feel like we’re going to need all kinds of technologies, if we’re going to get to net zero,” explained Peevers.

“The nuclear option is very unfair to future generations because it’s going to require them, for thousands of years, to safeguard highly radioactive and dangerous nuclear waste,” explained the former head of Toronto’s Hydro Commission.

Peevers said Ontario’s electrical grid is the envy of the world, and nuclear power is its backbone, producing 60 per cent of the province’s electricity.

“It’s something other jurisdictions are trying to emulate, and that’s one of the things we were at COP27 to talk about is how successful Ontario has been at cleaning the air, and getting off coal,” said Peevers.

Bruce Power is the midst of a 13 year, $13 billion to refurbish six of their eight nuclear reactors.

Fifteen grade school students in Mexico have been treated after apparently taking part in an internet 'challenge' in which groups of students take tranquilizers to see who can stay awake the longest.

The maker of ChatGPT is trying to curb its reputation as a freewheeling cheating machine with a new tool that can help teachers detect if a student or artificial intelligence wrote that homework.

Boeing bids farewell to an icon on Tuesday: It's delivering its final 747 jumbo jet.