Bruce County on the hook for mountain biker's quadriplegia 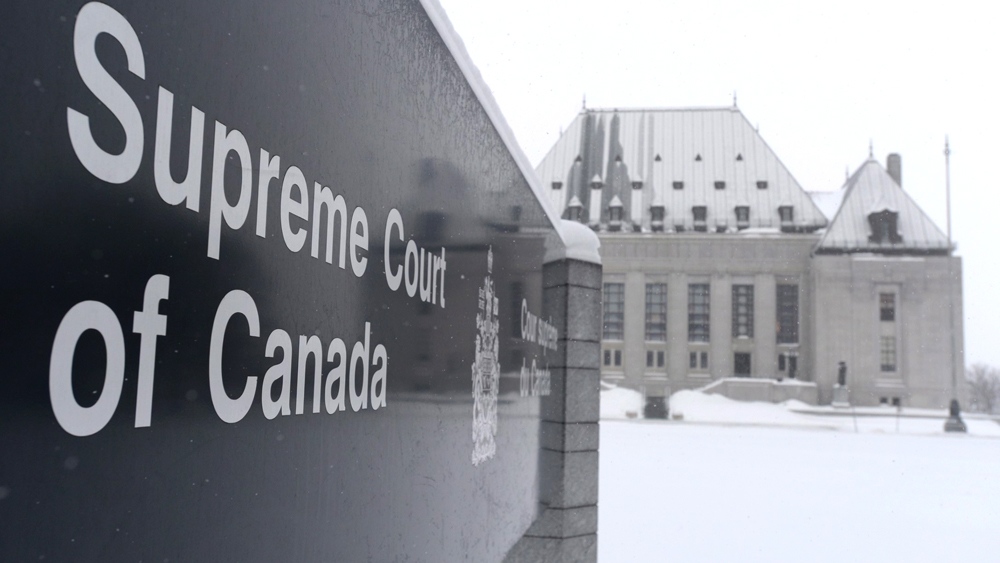 The Supreme Court of Canada in Ottawa on Friday, Feb. 6, 2015. (Sean Kilpatrick / THE CANADIAN PRESS)

A mid-western Ontario municipality that operated an adventure park has lost its bid to have the country's highest court review its liability for a mountain biker's devastating injury.

In a case closely watched by other public authorities, the Supreme Court of Canada on Thursday dismissed a request by Bruce County to appeal a finding that it was entirely to blame for the accident that left Stephen Campbell quadriplegic.

Local governments in Ontario have long fretted about "liability chill," arguing they have had to cut services or even ban activities such as tobogganing for fear of having to pay huge awards in cases where something goes tragically wrong.

"It may be that municipal governments just don't do these kinds of activities -- they totally withdraw from them," said Pat Vanini, executive director of the Association of Municipalities of Ontario.CTV London: Continental Cup

The incident occurred in August 2008 when Campbell, then 43, his wife and two children visited the Bruce Peninsula Mountain Bike Adventure Park, which featured widely advertised bike trails and an area with 10 wooden obstacles for riders to learn trail riding. Signs warned riders to ride within their abilities.

Campbell, an experienced mountain biker, was attempting to tackle an obstacle known as Free Fall but didn't make it. In the ensuing tumble, he went over the handlebars and landed on his head, breaking his neck.

The main issue at trial was whether the county had taken sufficient care to ensure the safety of park users.

Court documents show the municipality had no tracking mechanism of incidents before the Campbell mishap, but ambulances had been called to the park at least seven times. In one case, three months before Campbell's mishap, paramedics responded to a man who broke his neck tackling a more difficult obstacle than Free Fall.

After a seven-day trial, Superior Court Justice Marc Garson ruled the municipality had failed in its duty of care. Among other things, Garson found Bruce County had failed to post proper warning signs, and had not properly monitored risks and injuries at the park.

The judge also decided Campbell had not been negligent in tackling the obstacle or in how he had tried to salvage the situation when he realized he was falling.

In May last year, the Ontario Court of Appeal rejected the county's contention that it either bore no responsibility for what happened or that Campbell, at the least, was partly responsible for his catastrophic injuries.

"The reality is that several riders had been injured, including seriously injured, on the wooden obstacles in the trails area before (Campbell's) accident," the Appeal Court said.

"Had the municipality adequately monitored previous accidents and been aware of the number of accidents at the park -- and on Free Fall in particular -- actions would have been taken that would have prevented (Campbell's) injuries."