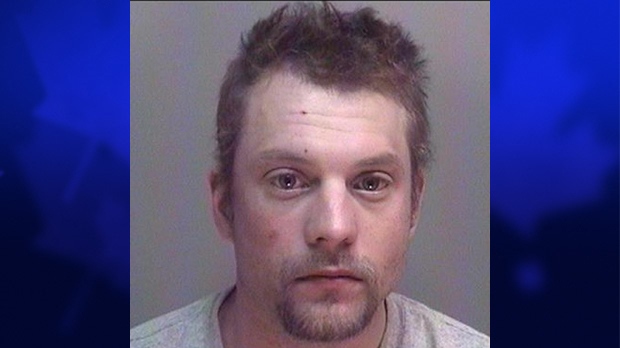 Bruce County OPP release this photo of a wanted man.

The two people that sparked a lockdown of a portion on Wingham Monday night are both in custody.

Police have apprehended 27-year-old Kent Wall after several days on the loose.

The Bruce County man was taken into custody without incident Tuesday evening at a home in Walkerton.

He faces a long list of charges including two counts of flight from police and possessing a restricted firearm.

His partner, 22-year-old Breanne Simmons is also in custody.

Simmons was arrested Monday night after found hiding in a relative’s shed on Highland Drive in Wingham.

In an effort to catch Simmons and her partner, a portion of Wingham was in lockdown for over five hours Monday evening.

Wall eluded capture Monday night and then proceeded to lead police on brief chase in Perth County Tuesday morning and had police searching near Teeswater Tuesday afternoon, before his ultimate capture Tuesday night.