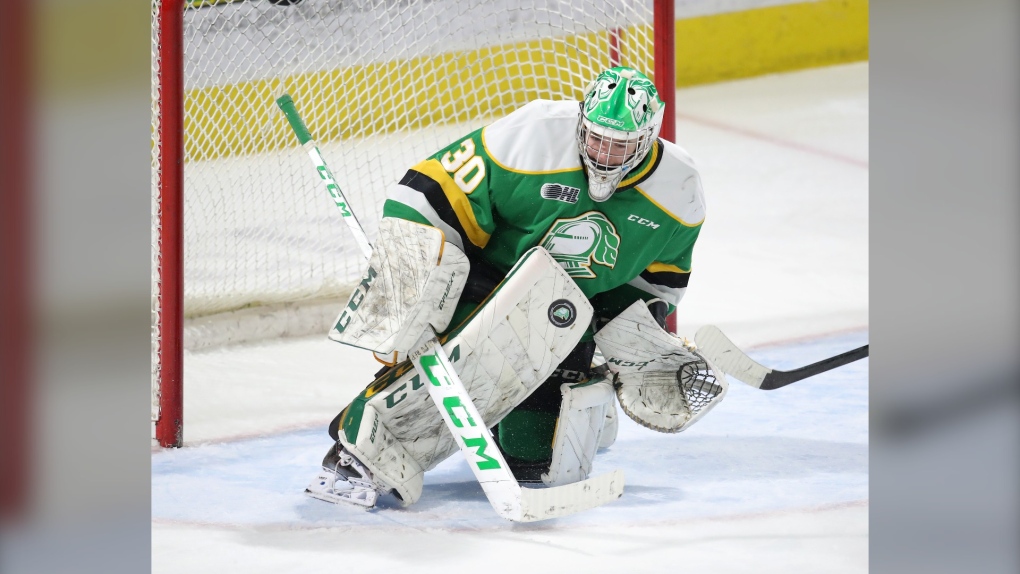 London Knights goalie Brett Brochu has been named the Ontario Hockey League’s goaltender of the year.

The 19-year-old form Belle River, Ont. backstopped the Knights to the franchise's third consecutive Midwest Division title, going 29-11-2-0 with a 2.75 goals-against average, .911 save percentage and two shutouts in 43 games.

"It's well deserved and well earned," said Knights Owner, Vice-President and General Manager Mark Hunter. "We are very proud of Brett and glad he is being recognized with this award."

Brochu is the OHL's nominee for Canadian Hockey League (CHL) Goaltender of the Year honours. He edged out Eastern Conference finalist Marco Costantini of the Hamilton Bulldogs in the voting process.

Russian missile attacks on residential areas in a coastal town near the Ukrainian port city of Odesa early Friday killed at least 18 people, including two children, authorities reported, a day after Russian forces withdrew from a strategic Black Sea island.