Brescia’s Wellness Peers, a team of student “mental health champions” put on the event. The team has been instrumental in the creation of the recently launched Peer Support Space.

Cas Cozman, student coordinator of the Wellness Peers, says she hopes students will remember what they've learned at the event.

“I hope people will leave with more knowledge that it is okay to talk about mental health and that there are many strategies and ways to go about it, and it’s not necessarily about mental illness but it’s about taking care of yourself so you have a general overall mindset.” 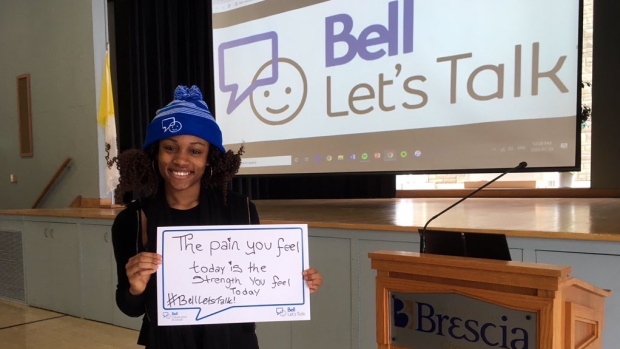 When asked by CTV News why she attended this event, Victoria Barroso, a Western student, says, “Because Bell Let’s Talk is a really import event for university students especially."

Since its inception 10 years ago, the Bell Let’s Talk campaign has worked toward ending the stigma around mental illness. 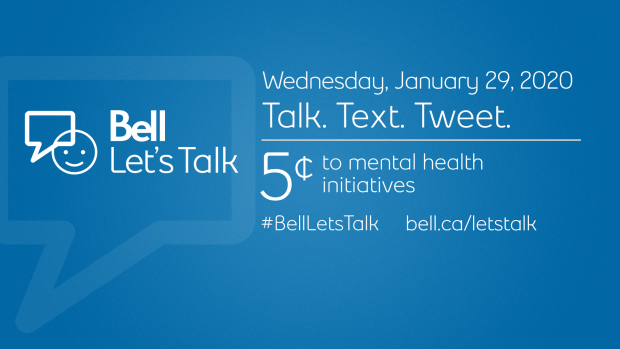 All day Canadians can participate in fundraising and raising awareness with a text, tweet, or through a variety of other social media interactions.

Over the last 10 years more than $100 million has been committed to mental health initiatives across the country.

Since its inception in 2010, 86 per cent of Canadians report that they are more aware of mental health issues.

Bell will donate towards mental health initiatives in Canada by contributing 5 cents for every applicable text, call, tweet and retweet, social media video view and use of the Facebook frame or Snapchat filter on Wednesday, Jan. 29.

How you can get involved: