Booze at variety store within steps of Western University opposed

Booze at variety store within steps of Western University opposed

The battle over booze in Ontario corner stores is taking a new direction in London, Ont.

A 7-Eleven location, located just steps from the campus of Western University, is applying to serve alcohol. But not in multi-packs of cans or bottles.

Instead, if its application is approved, the location will serve alcohol with food. The alcohol must be consumed in the store.

London city Coun. Mariam Hamou is opposed to the plan. “To me it’s location. Where is it? In the middle of 4,000 undergraduate students”, Hamou tells CTV London.

The 7-Eleven is across the street from Western residences, which primarily house first-year students.

“Who is 7-Eleven targeting?” Hamou asks, adding there are 4,000 students living in the nearby residences.

“To me, it is a safety issue but also a resource issue, in that right now, staffing for police, staffing for the hospitals, we don’t have the resources to manage anything further on that corner.”

Hamou's concern is shared by a Western student CTV London spoke with Wednesday. “I think it is close to campus. I don’t think that alcohol should be that close to students”, she said. 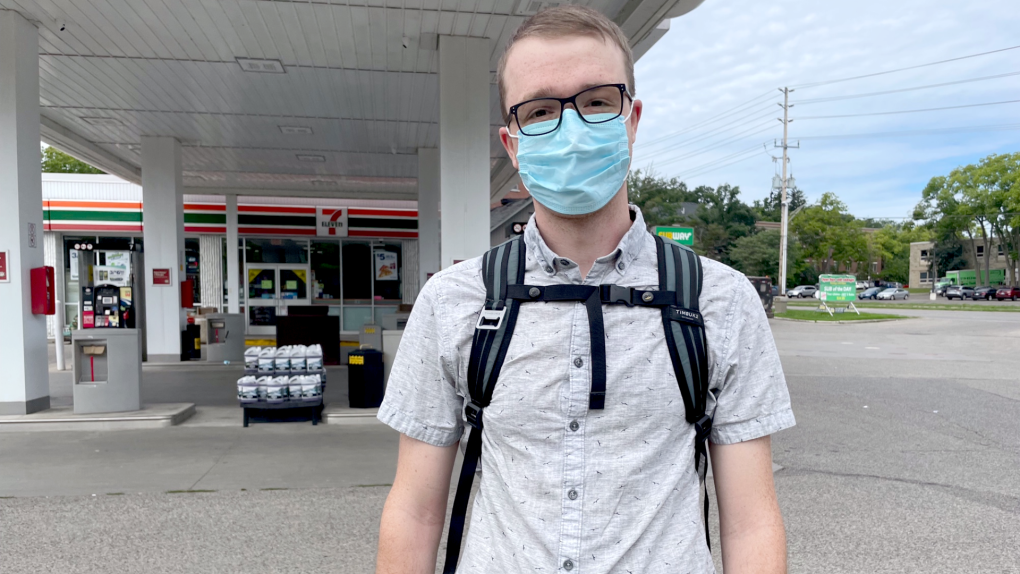 But, Ph.D. student Jackson Kusack disagrees. While acknowledging some problems may occur, he says most students are adults and capable of making smart choices.

He also argues that proximity offers at least one safety advantage. “If it is close enough for them to get to without having to drive, that’s a bonus. So, they’re not drinking and driving and driving under the influence.”

CTV London has been unsuccessful in its attempt to reach 7-Eleven for comment.

The corporation has also applied for licenses at two other London locations.

The Licence Appeal Tribunal is holding a public video hearing this Friday. It will specifically to address the application for 1181 Western Road.

Russian forces launched new strikes on Ukrainian cities Saturday as Kremlin-orchestrated votes took place in occupied regions to create a pretext for their annexation by Moscow, while hundreds of people were arrested in Russia for protesting a military mobilization order aimed at beefing up the country's troops in Ukraine.