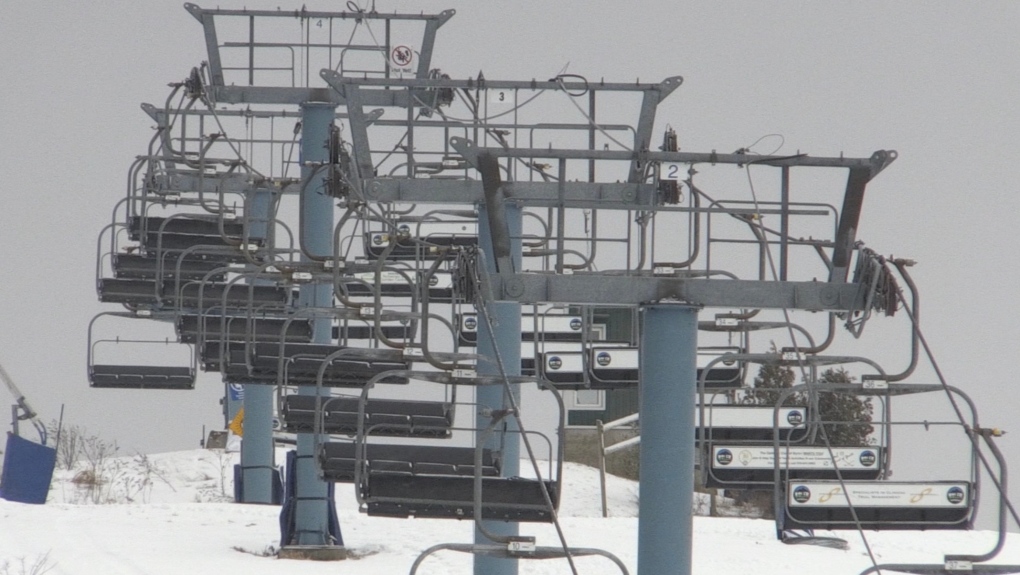 LONDON, ONT. -- Boler Mountain says because of the pressures from the pandemic, it is cancelling all season passes for the rest of the 2020-2021 season and will issue refunds.

"This decision did not come lightly. We looked at the available days of operation and with the uncertainty that March weather brings we felt that the luxuries for the season pass will not be met by Boler," an email stated to pass holders Monday.

The not-for-profit says it will open the lifts once the province allows.

Boler Mountain Manager Greg Strauss says they're not giving up hope on the entire season, "Even if we're allowed to open in March, we'll open in March."

When the Ford government announced the province-wide lockdown in late December, it included the shutdown of downhill skiing to the disappointment of many in the industry.

Ontario remains the only jurisdiction in North America that has not allowed for alpine skiing during the pandemic, with resorts laying off thousands of workers and losing millions of dollars.

The Middlesex-London Health Unit's Dr. Chris Mackie says there are two main risks with downhill skiing that are difficult to control, large gatherings and lift lines.

"You can space the lift lines out, you can add design to the facilities on site to be less conducive to large gatherings. The problem is off-piste activities. We know that part of the skiing culture is social gatherings, and that those are very difficult to untangle in reality, even though the intentions might be good."

The email from Boler Mountain brass continues, "We know everyone is as saddened as our team is with this news. This is not the announcement we wanted to make and we hope to see you on the slopes for at least a few days this season. We are still committed to trying to open whenever it is deemed safe to do so."

For more information on refunds, go to the Boler Mountain website.