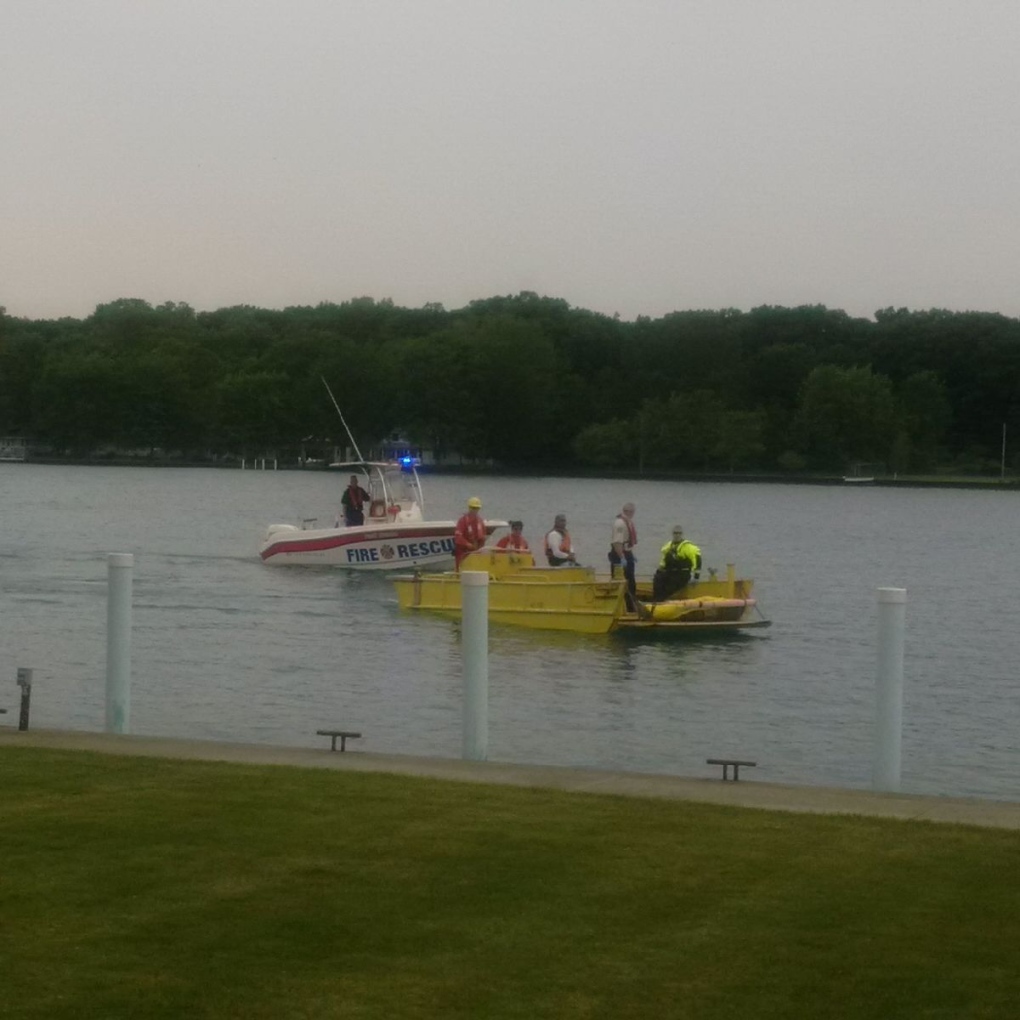 OPP investigate the discovery of a dead body in the St. Clair River on June 14, 2017. (Supplied)

Police say a dead body discovered in the St. Clair River near Corunna is that of a missing Sarnia man.

People aboard a local cruise boat noticed the body floating in the river around 12:45 p.m. Wednesday.

The body was recovered by the OPP Marine Unit.

Sarnia police confirm that the body is that of Edward Alway, 69.

He went missing in April.

Police say there is nothing suspicious surrounding his death.