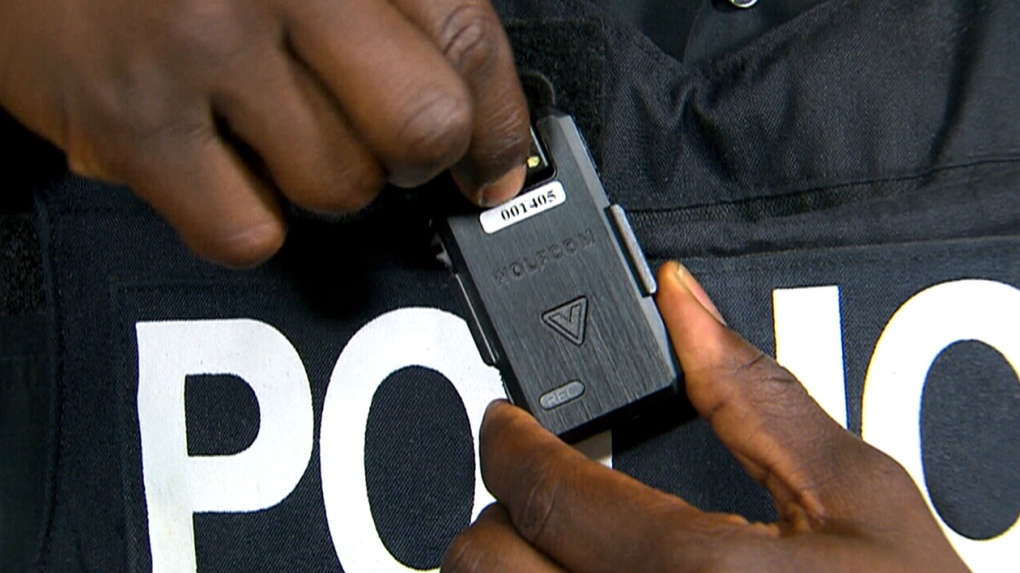 An officer shows off one of the lapel-mounted body cameras that members of the Toronto Police Service will wear as part of a pilot project during a press conference on Friday, May 15, 2015.
London, Ont. -

St. Thomas police are praising the benefits of body cameras on officers after a suspect was identified as a direct result of previous footage.

Police were investigating a break and enter at a residence on Oct, 8.

When officers were given surveillance footage of the suspect investigators noticed a similarity to an individual they had previously dealt with.

By going back through body camera footage police were able to figure out the suspect’s name based on the previous encounter.

A 31-year-old man was identified and later found on Talbot Street where he was arrested on a series of outstanding warrants.

St. Thomas Police say this is an example of where body cameras have helped in solving crimes.