Bluewater Power fined $120K in death of worker in Sarnia 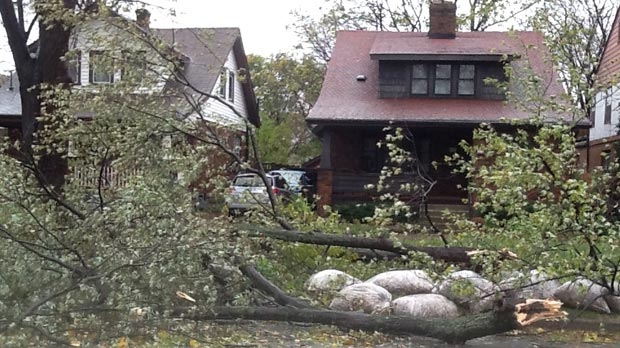 Bluewater Power Distribution Corporation has been fined $120,000 in the 2012 death of a hydro worker in Sarnia.

Mike Leach, 45, had been a linesman for 20 years when he was killed while repairing damage after superstorm Sandy.

He was using a bucket truck to repair lines downed by trees when the truck shook, the boom of the bucket dropped and he was electrocuted.

An investigation by the Ministry of Labour found there was no job plan or tailboard in place. One assesses the work to be done while the latter reviews the plan and identifies hazards and how they should be dealt with.

The ministry says a plan and tailboard would have addressed some of the key hazards and safety failings at the site, but it wasn't done because workers "were anxious to bring the power back to the community."

In addition, the ministry points out that the Leach was wearing leather gloves that were damp - not rubber gloves - which provide less resistance to electricity.

As a result, the company was fined $120,000 and faces a court imposed 25 per cent victim fine surcharge.