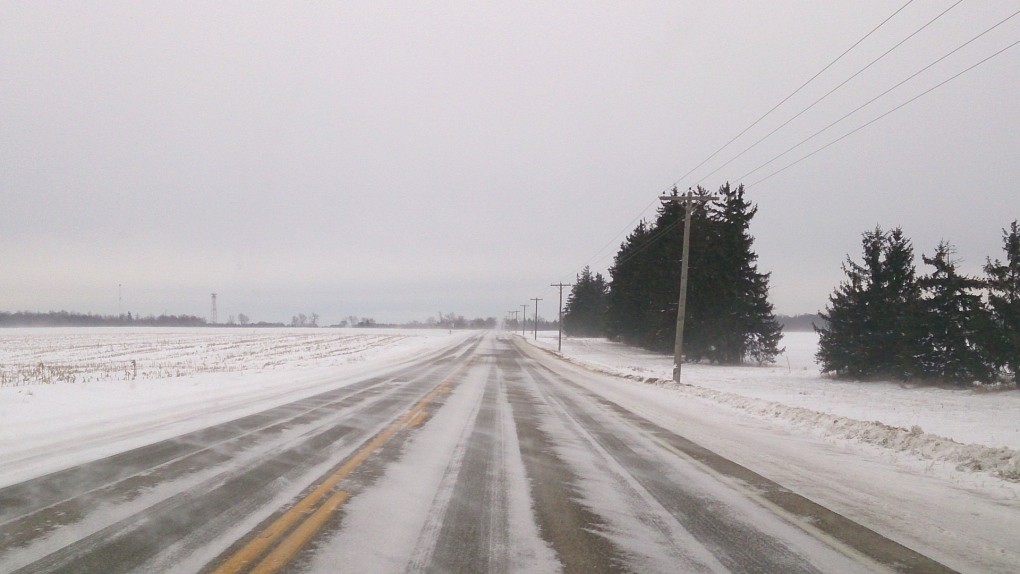 As blowing snow advisories and snow squall warning continued across southwestern Ontario Monday, the region was bracing for extreme cold.

Strong winds with gusts of 90 km/h were expected to taper off around the dinner hour in the London area, though midwestern Ontario will likely continue to see its effects.

Meanwhile the Middlsex-London Health Unit has issued its fourth Cold Weather Alert of the season, with the wind chill expected to make overnight lows feel like -20C.

The wind and damp comditions are expected to subside somewhat into Tuesday morning.

There have been numerous road closures around Lake Huron and Georgian Bay.

Gerald Cheng with Environment Canada says maximum wind gusts of 128 km/h were recorded in the Niagara region, carrying ice from the Niagara River onto roadways.

Power outages, damage to trees and structures have been reported across the province.

Hydro One was reporting at least 32,000 were without power Monday morning, while more than 156,000 have lost electricity over the last 24 hours since the storm started.