LONDON, ONT -- Winter is ending February with a bang.

As much as 50 centimetres of snow has fallen in parts of Grey and Bruce counties since Thursday, leaving behind a path of closed roads, event cancellations and tired snowplow drivers.

Over 20 major roads in Huron, Bruce and Grey counties were closed because of the relentless snow squall, which stretched from the Lake Huron shoreline, all the way to New Brunswick.

Some roads were closed because they were simply impassable, because as much as five centimetres of snow was falling every hour.

It got so bad at its peak that snowplows were pulled off the roads in parts of Midwestern Ontario.

Even OPP detachments were shuttered for the day Friday in Walkerton, Chatsworth and Wiarton due to the weather.

Schools in areas stretching from Exeter to Wiarton were also closed. 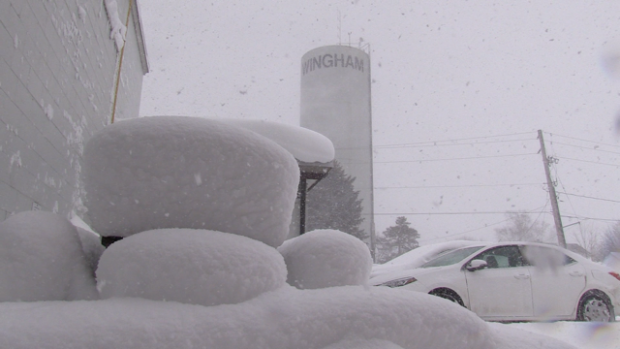 Buses cancelled across the region

There were localized school bus cancellations across the region Friday due to road conditions and school closures.

In Sarnia-Lambton buses were cancelled for Zone 1, while all other zones were running as normal. The affected schools included: