As soon as the weather turns, construction of a new state-of-the-art baseball stadium will begin in Dorchester, Ont.

Located at the Field of Dreams site on Hamilton Road, the artificial-surface field will be the new home of the Great Lake Canadians (GLC) amateur organization, with additional use available to Dorchester Minor Baseball (DMB).

“We are hoping to be on it by mid-July,” says Chris Robinson, a Dorchester native, and GLC director of operations.

Renderings show a venue which will hold 400 seats, including 100 with VIP chair backs. The stadium will have 50-foot-long dugouts, an extensive batter’s eye, turfed bullpens and a batting tunnel.

Any additional amenities will be dependent on funds raised by the GLC program. 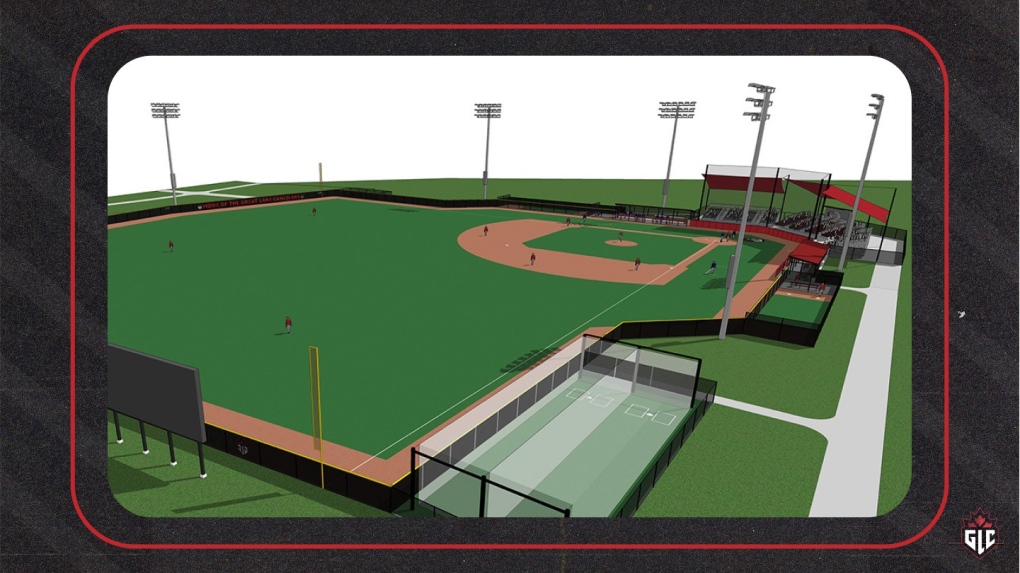 A rendering of the new state-of-the-art baseball stadium coming to Dorchester, Ont. in the summer of 2022. The venue will feature 400 seats, a turf field, as well as turf bullpens and a batting tunnel. (Source: Great Lake Canadians)

With many connections in the game, GLC owners Adam Stern and Robinson have partnered with the Toronto Blue Jays to secure the former playing surface from Rogers Centre which was replaced in 2021.

“We knew there was kind of a void with turf fields in Ontario and especially for the high-performance kids that have worked so hard to get to where they are now,” says TJ Burton, director of amateur baseball with the Toronto Blue Jays.

“When we started reaching out to some partners through our Jays Care Foundation we zeroed in on the project in Dorchester. Being turf that is made for Major League Baseball, we felt it was important to be on a surface where high performance CPBL [Canadian Premier Baseball League] baseball was going to be played.”

The turf field will allow for teams to play earlier in spring and later in the fall since there is no frost buildup underneath the surface. 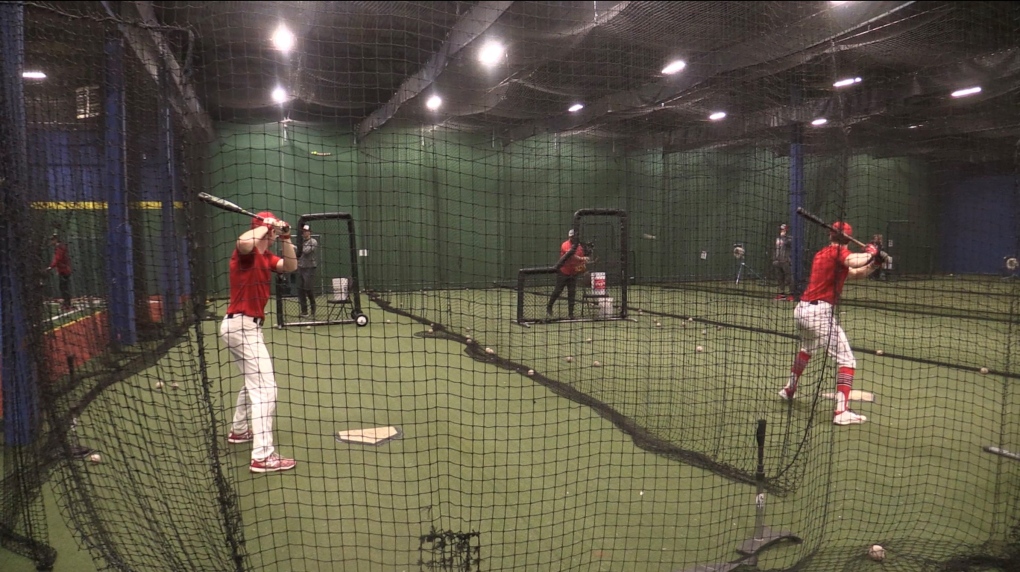 The Great Lake Canadians U-18 baseball team practices at Centrefield Sports in London, Ont. on Tuesday March 29, 2022. The new stadium in Dorchester, Ont. will be the home of the elite amateur baseball organization. (Brent Lale / CTV News)“I've tried to host a big pre-draft showcase tournament, I think five years running and we haven't had a full start-to-finish tournament yet because of the weather,” says Robinson.

“Now that it opens up the opportunity when it stops raining, you get to go play on the turf. We’ve also had some winters where in the middle of February, if you have a nice Saturday, we could be out there using it,” he adds.

The project is being funded by the Municipality of Thames Centre which will add another baseball diamond to the five soccer fields at the Outdoor Recreation Complex.

“When Great Lake’s approached the Blue Jays and got the footing it was a $400,000 value,” says Alison Warwick, mayor of Thames Centre.

“In that partnership, Thames Centre pledged $2.8 million, which directly comes from development charges through growth. So growth is a really good thing for everybody in this area. We’re really excited about using this money because it was always designed to be a premier sports facility and looks like it's going to be that,” she adds.

GLC players agree. Curtis McKay is a Dorchester native who plays for the GLC U-18 team, who calls this is a “dream come true” to have this venue five minutes from his home.

He believes this type of stadium will put the town of just over 4,000 people on the map in Ontario baseball circles. 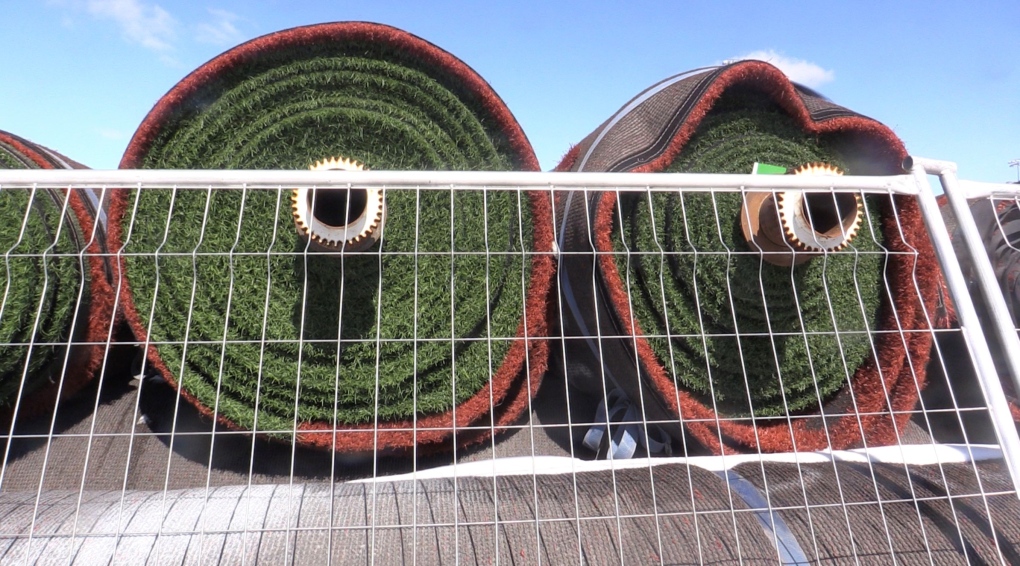 The former artificial turf from Rogers Centre in Toronto, Ont. sits at the Outdoor Recreation Complex in Dorchester, Ont. It will be used as the surface for the new stadium being built in 2022. (Brent Lale / CTV News) “You can see it seats a lot people and with the bullpens and the batting cages too and it just, it really makes it feel like a kind of a big league or college atmosphere,” says McKay. “When people come here, they’ll be getting the best of the best.”

The addition of a second field will also help in the development of players like McKay in the GLC program which has sent 16 players to the pros and more than 100 to college.

“We are completely packed on the existing field out there,” says Robinson. “Dorchester Minor Baseball is growing too, so trying to fit everybody on one field gets very difficult. Some of the opportunities are endless when it comes to hosting national events, hosting national team training camps and all the things we're looking forward to doing with some of our contacts in the game.”

DMB is scheduled to host a league championship, as well as an Ontario Baseball Association championship this summer. Robinson plans to be able to use both fields, which will eventually require less use of high-end fields in London, St. Marys and Exeter.

“I know the soccer people are kind of looking over our shoulder saying, ‘how'd you do this?’” says Robinson.

“It's a great facility and it's a great sports town. With everything that we've went through in the past two years, the council and township had been so amazing to kind of step up and say our kids need to get out there,” he adds.