An unlikely issue has become the latest flashpoint for city council in Woodstock, Ont.

It was one year ago that council made the controversial move to tear about a dozen benches out of Museum Square and the rest of the downtown because of numerous social problems associated with them.

But now a movement is afoot to bring the benches back — and not everyone is happy about it.

“As far as I’m concerned we shouldn’t bring the benches back,” said downtown shopper Heather Gamble. “Every time we get something, it’s ruined. Okay? We can’t have nothing.”

At the time, there were also concerns that benches were attracting those with nowhere else to go. 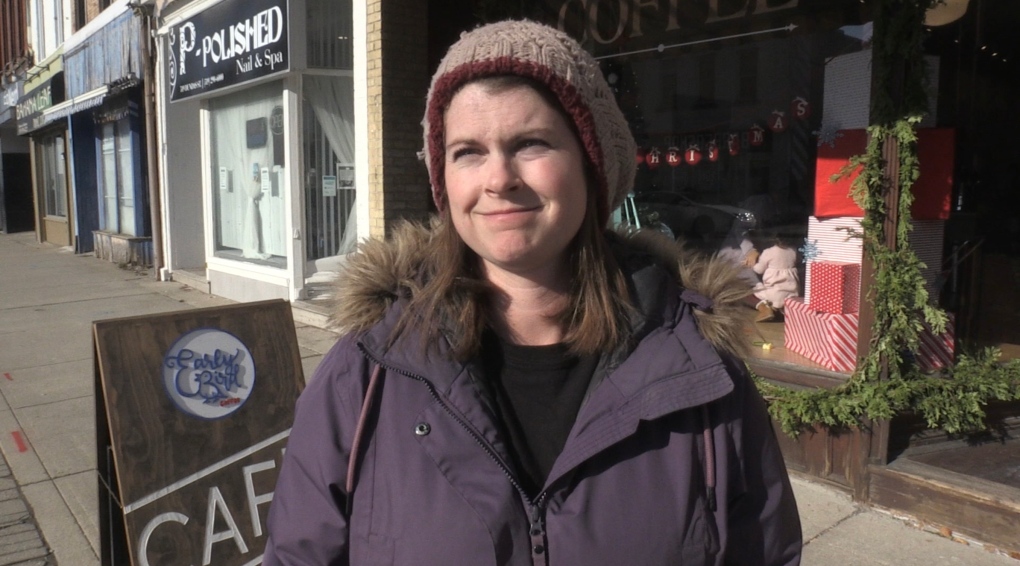 “It’s not a great place for the homeless,” said shopkeeper Denise Antaya. “It’s somewhere that they congregate. It’s not a place where they can get warm, but they will set up camp. And unfortunately it’s not good for the downtown.”

Museum Square is a beloved community space in the heart of downtown. But there’s nowhere to sit, and some say that cannot stand.

Newly elected Coun. Kate Leatherbarrow has put forward a motion to reinstall the benches at Museum Square in time for the festive season, and the rest the downtown benches next spring.

She said removing them never solved the loitering and vandalism problems in the first place.

“We do have encampments in this city. We still have a problem of those maybe sleeping in front of stores, things like that, so it didn’t ever remove the problem. But I will say that the council previously did decide that was the best option, and now it’s time to move forward. And I do hope that they support this motion to give it a try, because if not now, then when?" she said.

The bench issue is scheduled for debate by the sitting council Dec. 15.