Guy Anderson has the unenviable task of cleaning out thousands of dead bees from his multitude of hives this spring.

“We had 60 per cent loss here. In Ontario, it was anywhere from 50-95 per cent. Some even lost 100 per cent,” says the long time beekeeper, based in Kincardine.

It’s a common theme across Canada with beekeepers reporting one of the worst over winter mortality rates, ever.

Whatever the cause, Anderson is out hundreds of thousands of dollars. 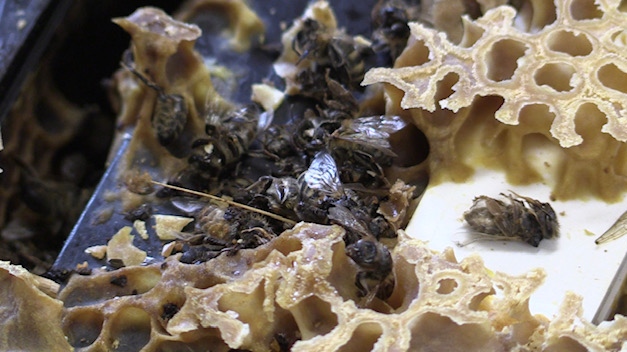 Anderson already has some queen bees on order from California and Chile, but airline COVID restrictions will mean most Canadian beekeepers will be left in the lurch.

“The challenge is going to be replacing these bees coming into the spring, and into the harvest season, this summer,” says Nathan Wendell, with the Saskatchewan Beekeepers Development Commission.

Beekeepers will have to rely on each other to stay afloat, says Wendell.

“We’re going to do our best to try and get a number of guys back on their feet or try and help them out, however we can,” says Simon Lalonde, a Canadian beekeeper who says he’ll share what bees he can this spring.

Anderson says despite losing over 750 of their 1,500 hives, they’ll try and do the same, and survive as best they can.

“Lots of hobbyists had 10 hives and lost them all, or small commercial that had 200 hives, and lost 190. That’s just depressing, so in perspective, we’re not doing too bad,” he says.

Anderson says they’ll likely be downsizing their honey business, and hope that the diversification of their Hive n Hoe Country Store in Kincardine keeps them going until they can build back up their bee business. 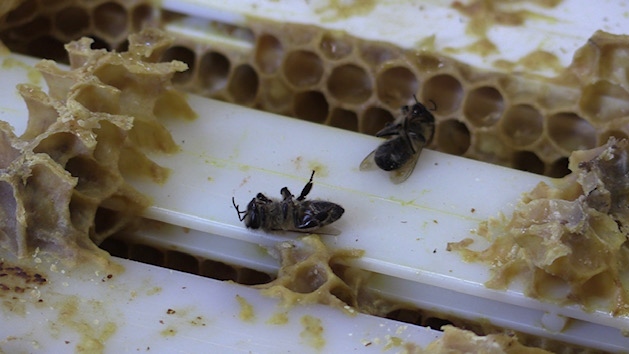 In an unusual move, the Russian Defence Ministry broadcast that one of its newest warships, the Admiral Gorshkov, had tested the strike capabilities of a hypersonic Zircon missile in a virtual drill.

Newly discovered asteroid makes one of the closest approaches of Earth

An asteroid the size of a box truck made one of the closest passes of planet Earth ever recorded.

The federal privacy watchdog says Home Depot shared details from electronic receipts with Meta, which operates the Facebook social media platform, without the knowledge or consent of customers.

Retain nurses before recruiting nurses from other provinces: association

Efforts to lure nurses from other provinces are underway in several parts of the country, but the head of a national nurses association says the poaching won't solve anything unless working conditions are improved.

Auschwitz-Birkenau survivors and other mourners commemorated the 78th anniversary Friday of the liberation of the Nazi German death camp, some expressing horror that war has again shattered peace in Europe and the lesson of Never Again is being forgotten.