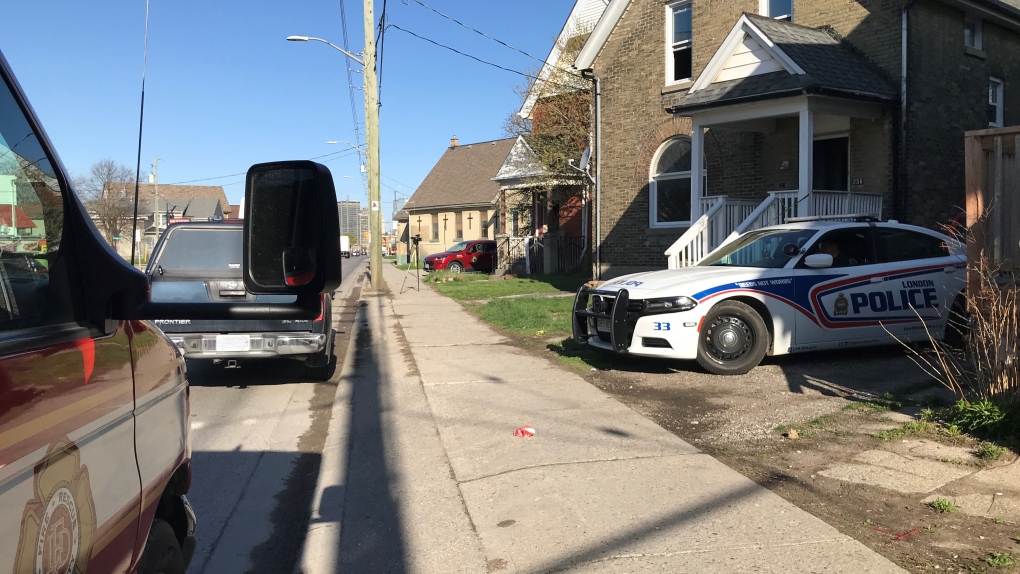 London police along with a Fire Prevention Inspector at the scene of a basement fire on Hamilton Road. (Sean Irvine / CTV London)

LONDON, ONT. -- London police along with Fire Prevention Investigators are continuing an investigation into the cause of a suspicious basement fire on Hamilton Road.

Emergency crews were called to 256 Hamilton Rd. around 7:30 p.m. Tuesday for a reported basement fire.

The fire was brought under control wihtin an hour, and an investigator was called in to determine the cause and circumstances of the fire.

Now the London Police Service's Street Crime Unit will be involved with the investigation into the suspicious blaze.

Damage is estimated at $100,000 and no injuries have been reported.