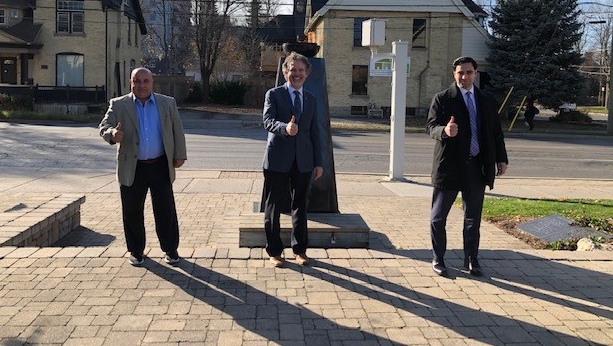 Banting house curator, Grant Multman, says the flame was rekindled in London, the birthplace of insulin, to raise awareness for millions of Canadians with diabetes.

“Saturday also marks the birthday of Sir Frederick Banting who gifted the world with the life-saving discovery of insulin almost 100-years ago,” says Multman.

Multman was joined by members of the community for a physically distanced rekindling of the flame ceremony at 1:30 p.m.

The flame of hope was vandalized in early June, due to the vandalism the flame was burnt out.

After an outpour of community support, funds were raised to help reignite the Flame – only to be extinguished when a cure for diabetes is found.

Members of parliament, MP Peter Fragiskatos and MP and Co-Chair Diabetes Caucus Sonia Sidhu, attended the ceremony among other guests.

Shmuel Farhi, from Farhi Holdings Corporation is considered to have made a large donation.