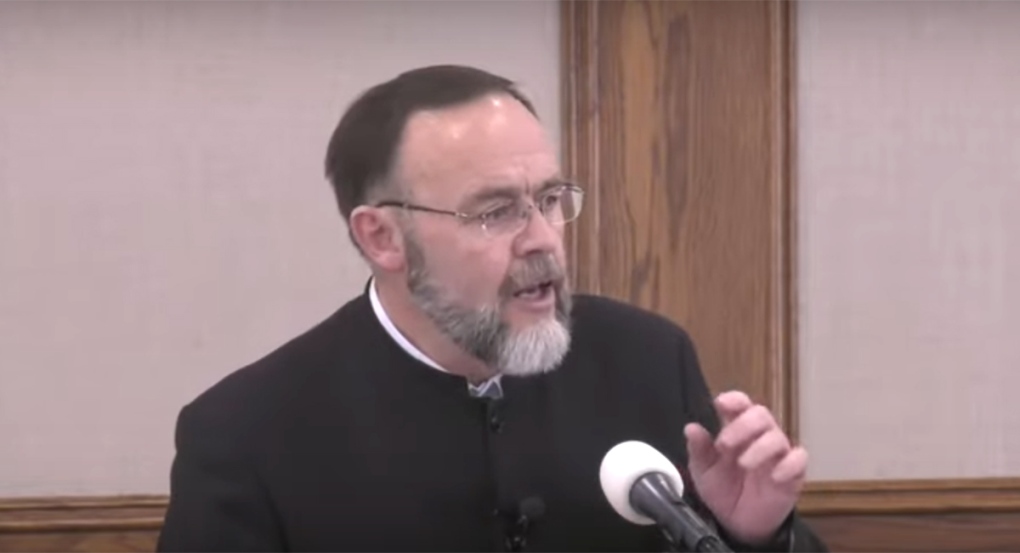 LONDON ONT -- Controversial Aylmer, Ont. pastor Henry Hildebrandt stepped to the podium Sunday to a standing ovation from his congregants.

'Looks like you all survived the storm last night," said Hildebrandt.

"I told wife last night, they shot their guns empty last night. Nothing left to shoot, and I feel like nothing hit me so we are ready to go on".

He was referring to CTV's Investigative broadcast 'W5' Saturday which featured a nearly half-hour long report on the Church of God Restoration.

The story titled 'A Town Divided" featured interviews with former church members who describe the sect as a “cult” with rules that control every aspect of their life. It also had chronicled the 'freedom rallies' over the past year, and sit down interview with Hildebrandt.

"We just saved a lot of money, and now we can use it for something better than advertising. We are glad for everyone that is here, just really, really glad".

He told his devoted churchgoers that he didn't sleep well because he was so 'joyful' and that 'it was a privilege to be on that white horse and be a winner'.