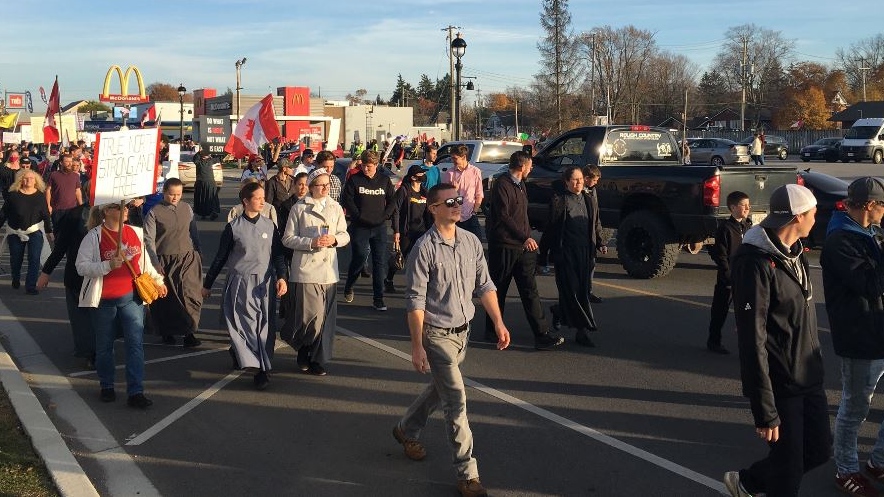 LONDON, ONT. -- Both Aylmer and St. Thomas police announced Thursday that charges are pending against the organizers of recent anti-mask 'Freedom Rallies.'

A 43-year-old Aylmer woman has been charged with four counts of failing to comply with the Reopening Ontario Act.

She will appear in provincial court on Jan. 14.

In all three rallies, participants voiced their displeasure with government COVID-19 protocols.

Police say more information about the charges will be released in the coming days.

On Wednesday, London police announced three women were being charged for their alleged roles in organizing another Freedom Rally that was held Sunday in Victoria Park.

Hosting or gathering in groups more than 25 people outdoors is a violation of the Reopening Ontario Act.