The crack of the bat, the pop of the catcher's mitt, and an emphatic umpire call... just some of the sounds of summer that people have missed so dearly.

"it's just good to be back playing baseball," says Mitch Prsa, a pitcher for the Tecumseh Thunder.

The Thunder were among the teams competing in St. Thomas, Ont. this week as part of the first Baseball Ontario tournament in two years. 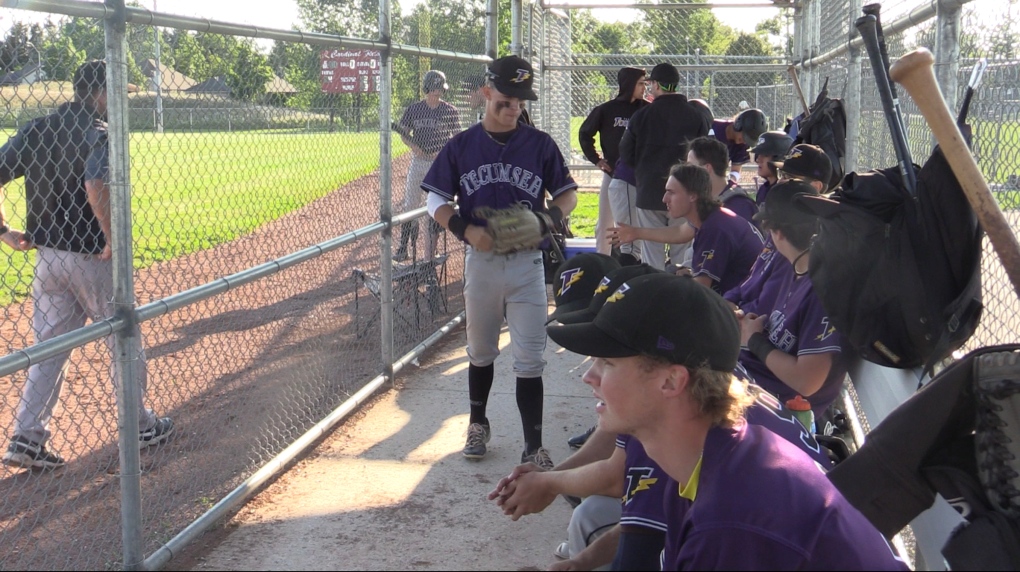 The Tecumseh Thunder in the dugout at the U22 baseball Ontario Championships in St. Thomas, Ont. on Friday July 30th, 2021. (Brent Lale/CTV London)

The Tecumseh Thunder in the dugout at the U22 baseball Ontario Championships in St. Thomas, Ont. on Friday July 30th, 2021. (Brent Lale/CTV London)

"We are calling this month August Madness", says Aaron Dunlop, U22 series chair for Baseball Ontario.

"Teams across the province will play a home-and-home series. We have different brackets set up throughout the province and when you win you move on to the onto the next round. It's kind of a hybrid of a series and a tournament format".

Dunlop says it's difficult to describe how much his organization and players missed sanctioned events like a provincial championship.

"It wasn't until you actually got back out here with these kids, and these coaches and families that you realize that this was part of our life," says Dunlop.

"The families and relationships that are made out here on the baseball diamond go on for a lifetime".

A major part of competitive travel baseball is the ability to spend weekends together on the road, and in hotels. Teams haven't been able to do that since 2019.

The tournament also began with a bang, with both of the openers requiring extra innings. St. Thomas won their game via a game winning bases-loaded walk.

"It's a tie game late in the game there, that's a feeling that none of us have had in two years," says Paul Pettipiece, manager of the St. Thomas Tomcats.

"We play in league play, and it's competitive baseball, but nothing compares to something like this where you're playing for a championship."

That opening contest actually got heated and contested. It's a missing feeling that has effected the mental health of young players across province. 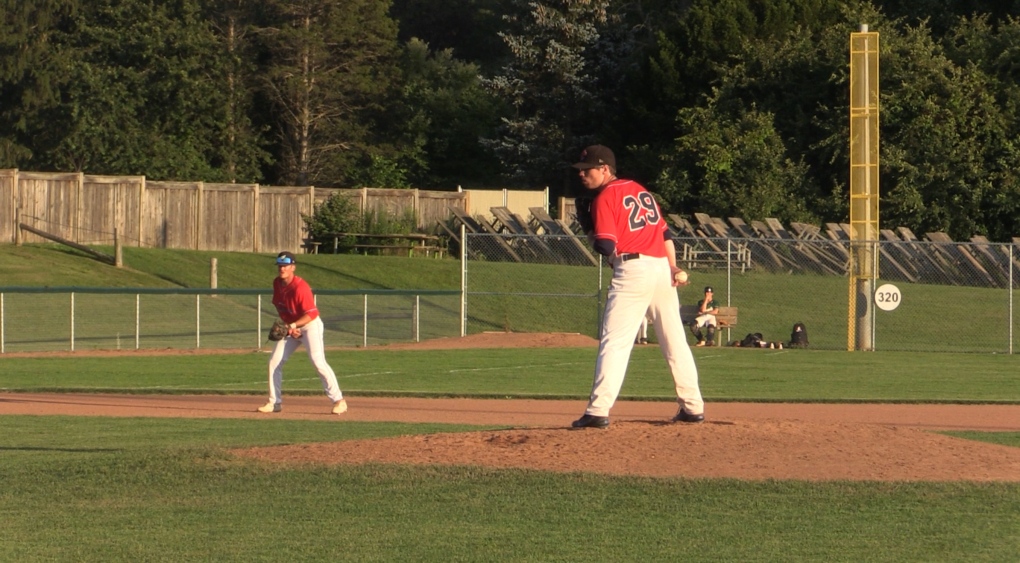 St. Thomas pitcher Brett Reid stares in for a sign at the U22 Baseball Ontario Championships in St. Thomas Ontario on Friday July 30, 2021. (Brent Lale/CTV London)

St. Thomas pitcher Brett Reid stares in for a sign at the U22 Baseball Ontario Championships in St. Thomas Ontario on Friday July 30, 2021.

"It's been tough, I'll be honest," says Brett Reid, a pitcher for the Tomcats.

"It's such a relief (to be back). At school we were supposed to have a season but unfortunately, COVID got worse so it got canceled. Getting the pitch in competitive meaningful game in an elimination tournament, it's just awesome."

Competition and kids are back, and so is the beginning of a sense of normalcy.

Homicides in the U.S. in 2020 increased nearly 30% over the previous year, the largest one-year jump since the FBI began keeping records, according to figures released Monday by the agency.