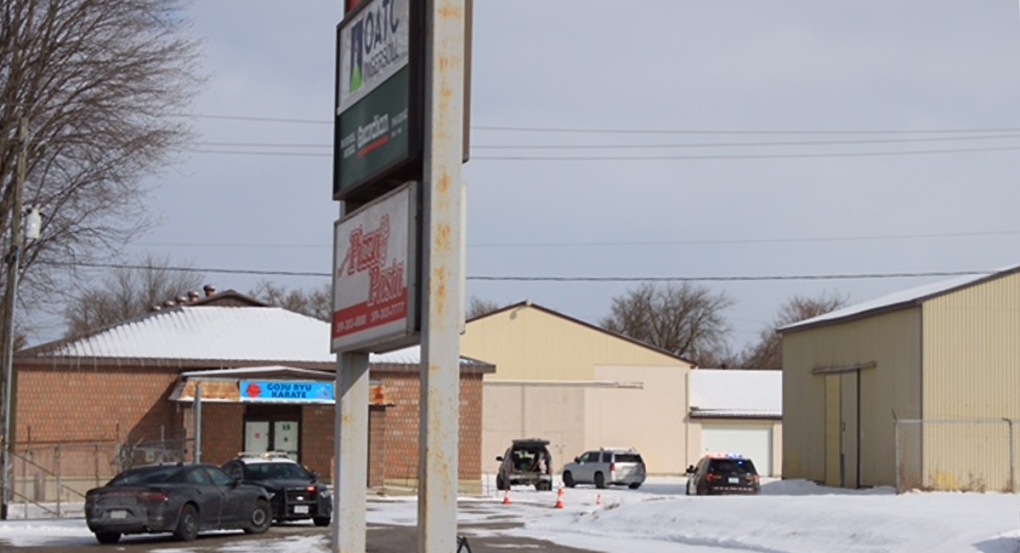 There was significant police presence at 31 Thames St. S. in Ingersoll, Ont. after a shooting on Sunday, Feb. 7, 2021. (Gerry Dewan/CTV News)

MIDDLESEX CENTRE, ONT. -- OPP say a 27-year-old man has been arrested and charged in connection with a shooting in downtown Ingersoll on Sunday and several incidents that followed.

Police say the owner of a pickup confronted a man who was in his vehicle, at which point the suspect pulled a firearm and shot him.

The vehicle's owner was taken to hospital for treatment of serious but non-life-threatening injuries.

The suspect fled in the pickup, but was then involved in a crash near Brantford and reportedly stole a second vehicle from a Good Samaritan who stopped to help.

That vehicle was later found burned out at an address on Six Nations of the Grand River Territory,

On Monday, police say 27-year-old Forest Reginald Whitlow of Six Nations of the Grand River Territory was arrested. He is now facing charges including:

He is being held in custody pending a bail hearing in Woodstock on Tuesday.

The investigation remains ongoing, but OPP are thanking the public, media, Branford Police Service and Six Nations Police Service for their assistance.

A GoFundMe campaign has been set for the family of Kirk Carter, the man who was shot, as he recovers.