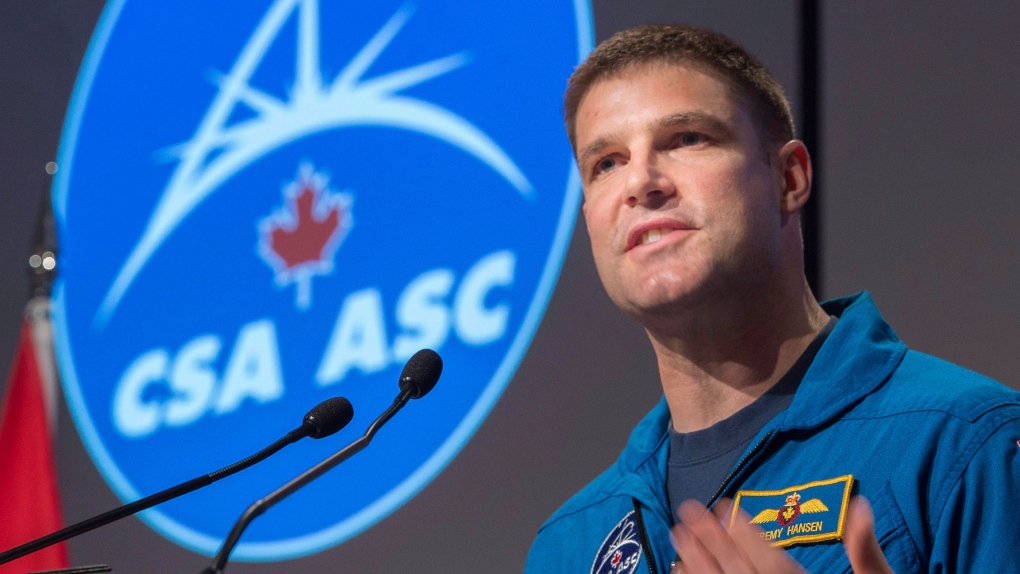 LONDON, ONT -- Two Canadians are set to graduate from astronaut basic training with NASA, and they were led by a fellow Canadian - Jeremy Hansen - who grew up in the London region.

Col. Hansen, 43, is the first Canadian to supervise a NASA training class.

The two graduating astronauts are Jenni-Sidney Gibbons and Joshua Kutryk.

They will be honoured in a ceremony on Jan. 10, 2020 at the Johnson Space Center in Houston.

The pair was selected in 2017 by the Canadian Space Agency and undertook the astronaut basic training under the supervision of Hansen.

Hansen was born in London and raised on a farm near Ailsa Craig just north of the city. During his high school years he moved to Ingersoll, just east of London.

He is a fighter pilot and is married with three children.

Before being selected by the CSA Hansen served as a CF-18 fighter pilot and held the position of combat operations officer at 4 Wing in Cold Lake, AB.