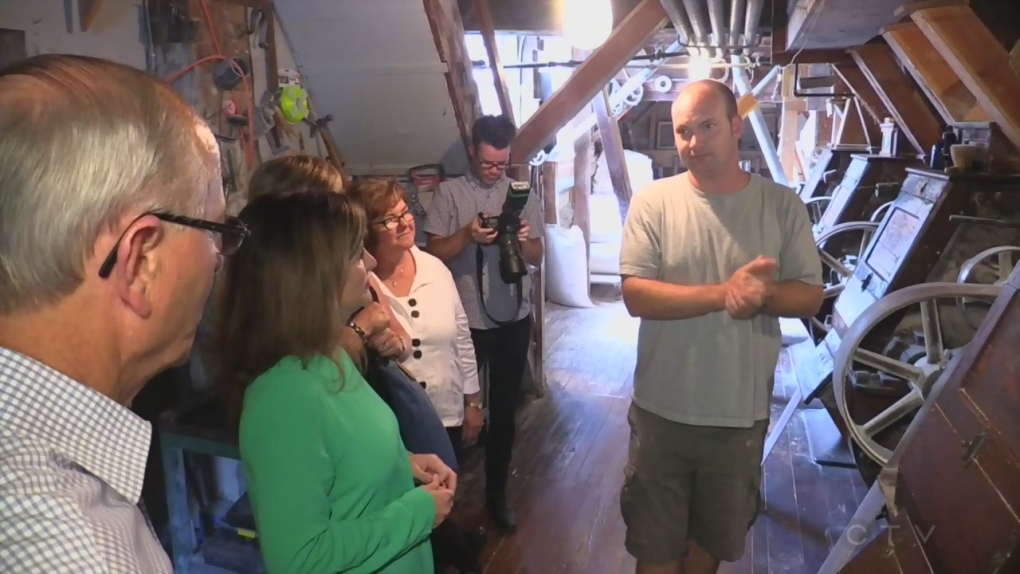 The operator of the historic Arva Flour Mill has won a major legal battle.

Lawyers for Mike Matthews say a tribunal has ruled that the mill is safe to operate after an inspection ground the operation to a halt last May.

A stay of that original order allowed Matthews to continue operating the mill -- which is nearly 200 years old -- without employees and pending his appeal of the order.

An appeals officer for the tribunal visited the mill twice and observed the antique milling equipment in operation.

In handing down its decision, the tribunal has ordered machine guards on rotating and moving parts that could be a hazard to employees.

The mill has until August to comply.

The mill was first established in 1819 and the equipment that is being used today is from the early 1900s.