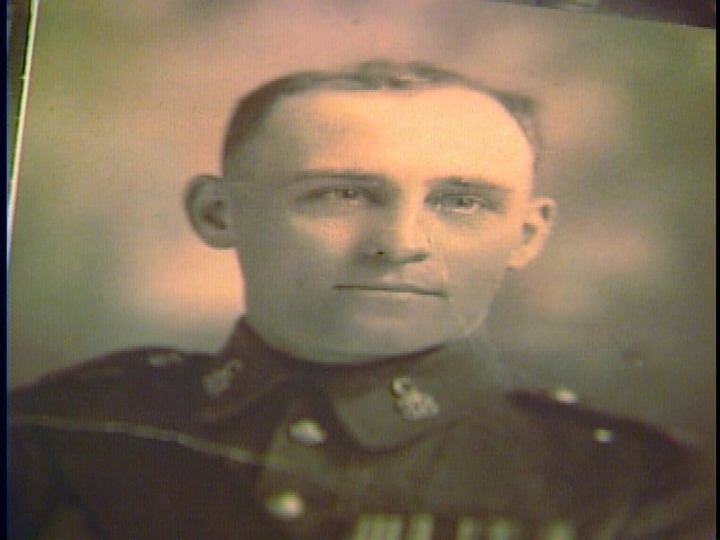 Arthur B. Freeman served in the First World War

Arthur B. Freeman enlisted under a different name so his parents wouldn’t find out.

Freeman was born in St. Thomas in 1896 on St. George Street and lived in the same house his whole life.

He was a postal worker and served in several community organizations.

His next service was with the 91st Battalion. He signed up to join the 25th Elgin Regiment.

He arrived at the front lines to fight in the Battle of Somme. Nearly 8,000 Canadians died there and Freeman had survivor guilt, his grandson Paul said.

"You go down there and he'd be on the porch, or at the kitchen table with his hands on the side hill and he'd be crying, 'Why me? Why did I live and so many have to die?'"

Freeman was awarded a Military Medal for his bravery at Passchendaele Ridge and also received a British War Medal and Victory Medal.

“For so many years, you try to put the war out of your mind. You try to forget it. And then something will come to you in the middle of the night, when you haven’t thought about it for 40 years," he said in one interview.

His brother Robert died while on duty as a Lewis gunner when a shell exploded at his position on Aug. 31, 1916.

Robert was described in a newspaper after his death as a splendid type of manhood.

The Freeman family has put together a book about the service of both Robert and Arthur. It's at the Elgin Military Museum and is titled, The Fighting Freeman's of Elgin County.