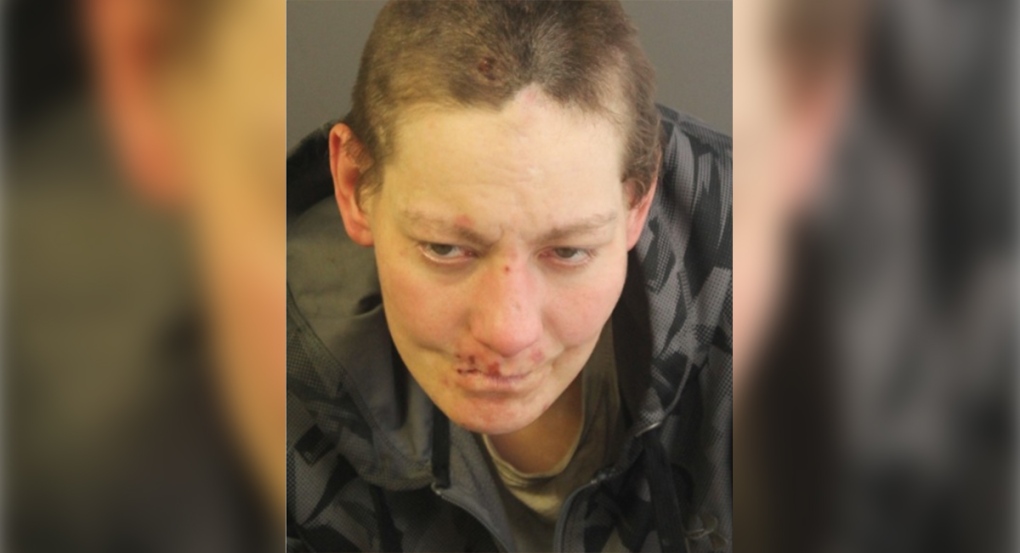 Ashley Hodder, 30, is wanted in connection with a suspicious fire on King Street in London, Ont. on Tuesday, May 11, 2021. (Source: London Police Service)

MIDDLESEX CENTRE, ONT. -- A London man is facing charges and a woman is being sought after a suspicious fire on King Street Tuesday afternoon.

Emergency crews responded to a fire in a vacant building in the 700 block of King Street around 2:30 p.m.

The fire was contained to a small area within the structure. No damage estimate has been released.

No one was injured in the blaze.

After the fire was deemed suspicious, an investigation began and a suspect was arrested nearby.

A 28-year-old London man has been charged with arson causing damage to property and break, enter and commit arson.

A 30-year-old woman has been charged by way of warrant with the same counts, and police are looking to locate her.