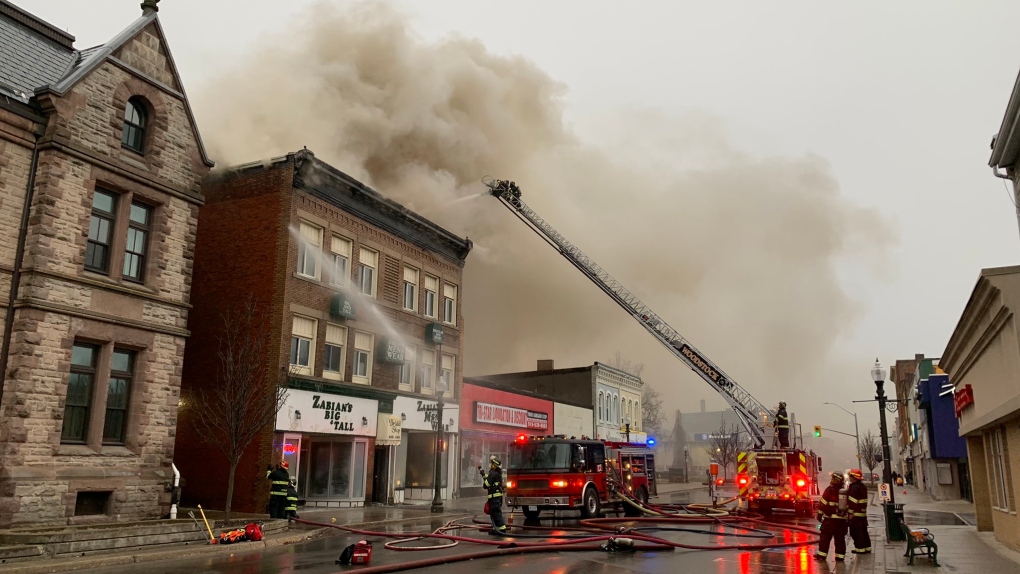 LONDON, ONT. -- Woodstock police say a 34-year-old man has been charged in connection with a fire Wednesday evening.

The fast-spreading fire at 488 Dundas St. caused significant damage to apartments and the business in the building.

Police say a 34-year-old Woodstock man who lived in one of the apartments has been charged with arson.

He reportedly attempted to escape the fire through a window and was injured. He was treated at Woodstock General Hospital.

No one else was hurt in the fire.

The man remains in custody.

An investigation into the cause of the fire continues, with members of Woodstock police, the Woodstock Fire Department and Ontario Fire Marshal's Office involved.

Anyone with video of the area is asked to contact police.