AYLMER, ONT. -- The Church of God in Aylmer, Ont. blatantly disobeyed a request from the province and local police when they went ahead with a full indoor service Sunday.

It has many residents calling for police to take serious action against anyone associated with the maskless service where no one appeared to be abiding by physical distancing protocols.

However this showdown isn't going to end anytime soon.

"The provisions within the legislation that is currently in place, we don’t have arrest authority under the Reopening Ontario Act," says Nick Novacich, deputy chief of the Aylmer Police Service.

"Arresting someone isn't going to happen."

As for shutting down the weekly service, that also isn't going to happen.

"They have been pretty public with Section 176 of the Criminal Code where persons are interrupting a service," says Novacich. "If a service takes place then we will react after and charge appropriately."

That is exactly what they did Sunday when they charged a 57-year-old male and a 26-year-old male, both from Aylmer, with hosting an event exceeding number permitted.

They also issued a charge against the corporation for a third time during the pandemic.

"The $880 are tickets to be served on the spot to participants," adds Novacich. "When you are dealing with organizations and corporations, those are court appearances in provincial offences court and the fines can be slightly higher than a participant would be issued."

Police say charging the corporation is another tool in their toolbox, but ultimately this fight is for the higher courts.

However, judging by adjournments for earlier scheduled appearances, a decision won't be made anytime soon.

So look for this to continue happening every Sunday. 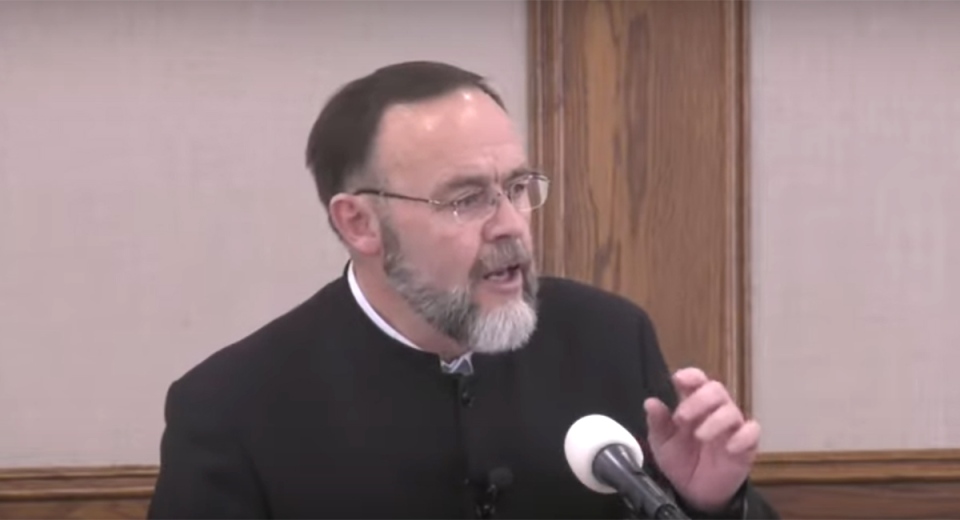 CTV News reached out to Pastor Henry Hildebrandt to find out if he ever plans on stopping these gatherings.

"The Constitution of Canada would need to be amended to remove Section 2 of the charter," Hildebrandt said in statement.

That section states that everyone has fundamental freedoms including religion and peaceful assembly.

The stalemate between the church and police is frustrating for many in the small Elgin County town, including the owners of the local weekly newspaper.

John and Brett Hueston say it's been tough to balance their role as journalists but also Aylmer residents.

They both feel church members gathering without masks is risking the health and livelihood of those in the community. 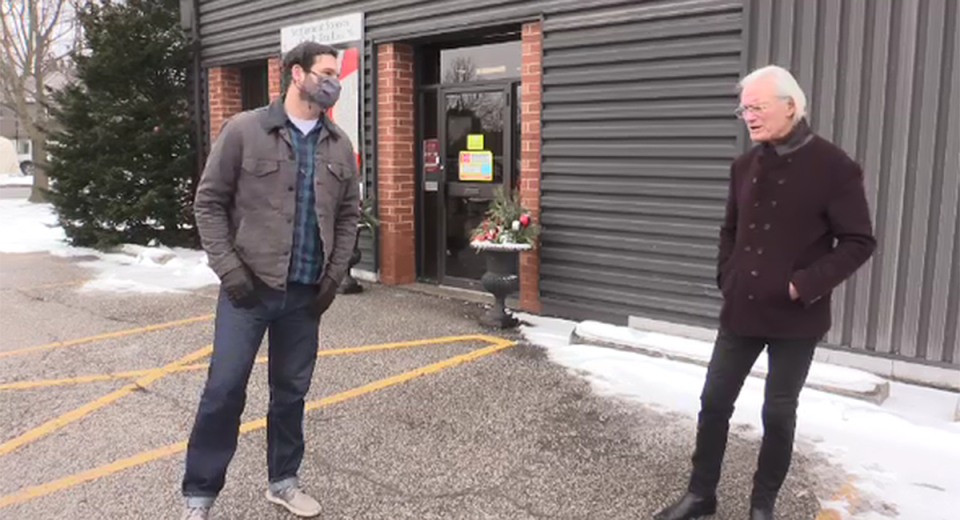 "I take high offence when they threaten my hometown, my community, and threaten the health of my friends and family," says John Hueston, the owner and publisher of the Aylmer Express.

John has lived in Aylmer his whole life, and says he's never seen anything like what has been happening over the past 10 months. He questions the end goal of everyone hosting and attending the services.

"What the church is doing is hurting downtown business," he says. "We are getting reports in our paper and other newspapers that they aren't coming to Aylmer because they are afraid, and they have every reason to be."

John has decided to keep his massive outdoor Christmas tree lit until later this month to pay homage to the front-line and health care workers in his hometown, in hopes of brightening their spirits.

His son Brett, the paper's editor, has been following the court dates, and also knows there is no end in sight to this seemingly never-ending story.

He longs for the day when Aylmer can return to a small quiet town out of the national spotlight.

"We are looking forward to a day when the biggest news was hoping for a new library," he says.