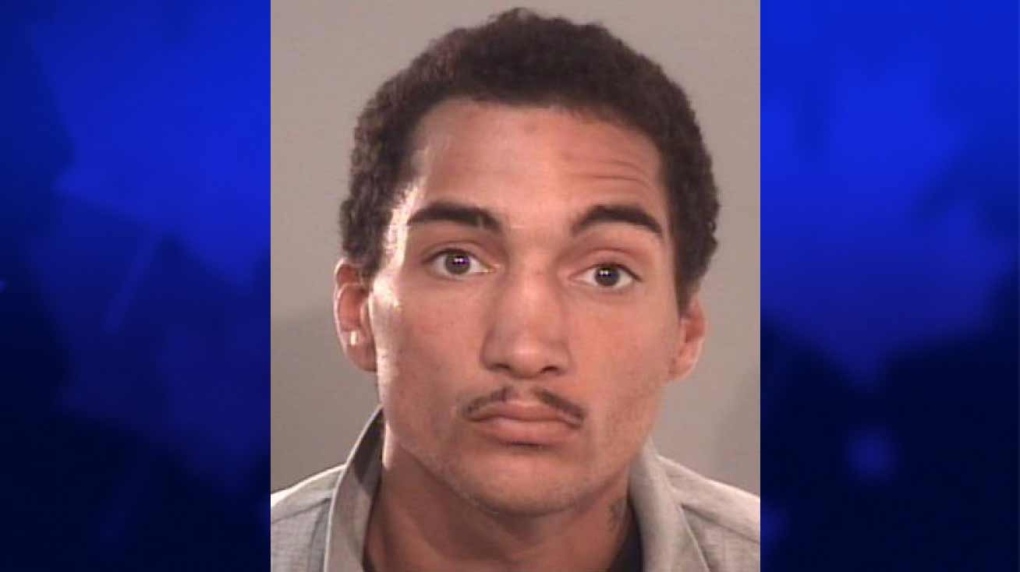 Christopher Grant Sheardown, 31, is seen in this image released by Oxford County OPP.

Oxford County OPP have issued an arrest warrant for 31-year-old Christopher Grant Sheardown in connection with a robbery at a Tillsonburg bank.

Officers were called to the CIBC Bank at the Town Centre Mall on Broadway Street around 5:35 p.m. on Friday for a reported robbery.

Police say a lone male entered the bank and threatened the female teller, indicating that he had a weapon. He then fled on foot with a quantity of cash.

Police had released images from surveillance video, and now say they are seeking Sheardown, of no fixed address, in relation to the robbery.

Sheardown reportedly has ties to Tillsonburg, Woodstock and the Brantford area.

He is described as 6. tall, about 180 pounds with dark hair and a thin build.