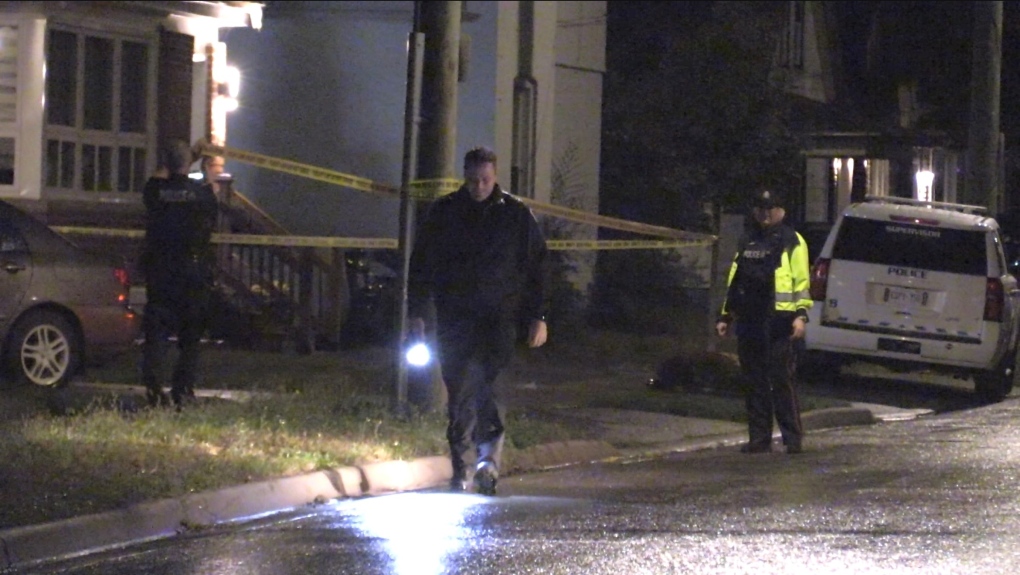 London police are investigating after a man was reportedly stabbed on Sept 26, 2022. (Daryl Newcombe/CTV News London)

An arrest has been made in relation to a stabbing in London on Monday.

As CTV News previously reported, police confirmed a man was in hospital with life-threatening injuries after the incident in a residential area of London’s Hamilton Road District.

Witnesses told CTV News a man knocked on the door of a home and told its residents he had been stabbed in the chest.

Soon after, police taped off the lawns of two houses on the north side of Nelson Street and another smaller area across the street.

A 19-year-old from London has been charged with aggravated assault.

Families Minister Karina Gould is expected to introduce legislation today to strengthen child care in Canada, which is likely to include an effort to secure a long-term role for Ottawa in the new national daycare system.