Arrest made in robbery at Scotiabank 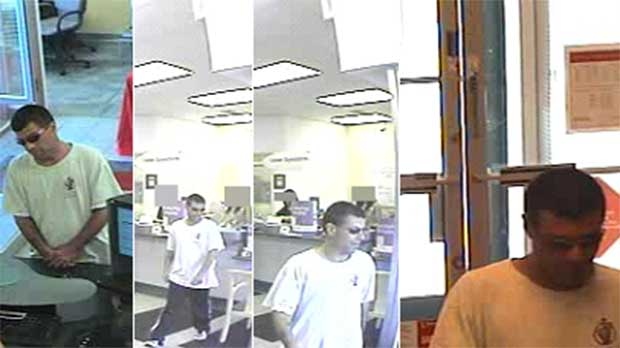 London police have released photos of a man sought in connection with a bank robbery at a Scotiabank branch on Fanshawe Park Road in London, Ont. on Thursday, Sept. 19, 2013.

A London man has been arrested and charged after a robbery at a Scotiabank branch on Fanshawe Park Road East last Thursday.

Mickey Lacourse, 37, was arrested Monday and has been charged with one count of armed robbery.

London police executed a search of a residence and vehicle and recovered cash and a black replica pellet gun.

Around noon on September 19th, a lone male entered the bank at 109 Fanshawe Park Road East and demanded cash from a teller. He then fled in a dark-coloured, smaller vehicle.

Lacourse remains in custody and was scheduled to make a court appearance Tuesday morning.