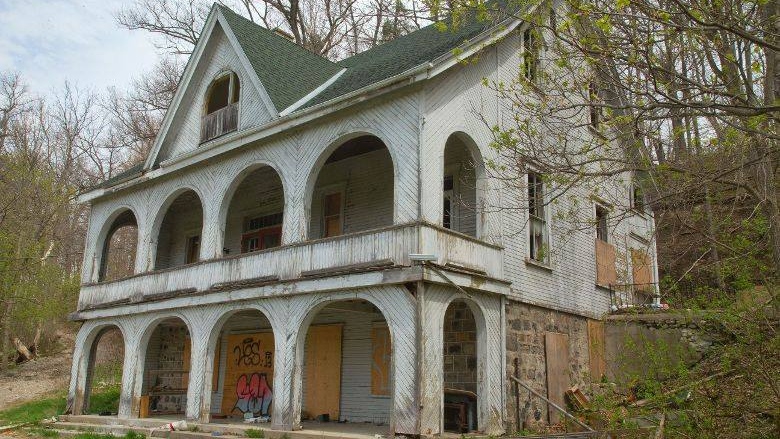 The Cedars at 1266 Riverside Drive is one of ten properties deemed "on the brink" in the ACO's 2017 List of London's at-risk heritage properties. (ACO / via Facebook)

Local heritage organizations are supporting a private member’s bill aimed at preserving the country’s oldest buildings. The pledge of support comes as The London branch of the Architectural Conservancy Ontario and the Heritage London Foundation released its 2017 Top Ten ‘Buildings on the Brink’ list.

The list brings attention to the state of significant heritage properties in the area that have been vacant for some time or are considered otherwise at increased risk. All of the buildings on this year’s list are heritage-listed or designated under the Ontario Heritage Act, but the ACO says their deteriorating condition means they are not safe from the ravages of neglect, the elements, or a lack of incentive and/or enforcement tools.

Designed by London architects Thornton McBride and L. Gordon Bridgman; one of only three Queenston limestone Art Deco buildings in London (others are Dominion Public Building and Bell Canada building); built using funds from estate of Elsie Perrin Williams who also willed her home to the city; provided community educational and cultural facilities including an auditorium, museum, art gallery, and outdoor reading garden; vacant since 2002.

Served as a boating/athletic club before Herbert A. Sabine bought it in 1906; Sabine/Lamb family home until 1978; landmark Victorian home features an unusual double arcade verandah; vacant since 2013.

The ACO says the city must find more creative ways of conserving and re-purposing the oldest buildings, and is urging the adoption of Private Member's Bill C-323 to protect at-risk heritage assets. The bill titled An Act to Amend the Income Tax Act is currently before Parliament. The second reading happened on February 10th. Only rarely does a private member’s bill become law.

This Bill would provide a 20 per cent tax credit on eligible costs for rehabilitation work done to designated historic places. It was inspired by the 40-year-old U.S. Federal Historic Tax Credit Program.

The ACO says adopting the bill would result in the numerous jobs for skilled workers, reduce demolition waste, and provide a means to promote heritage tied into the celebrations of the 150th anniversary of Canada’s confederation.

The ACO points to some previous ‘Buildings on the Brink’ properties that have since become award-winning success stories, such as the Normal School in Wortley Village, the Capital Theatre / Bowles Lunch, the Buchan House, and the Blackfriars Estate. Others, including Alma College, Locust Mount, and Middleton House at CPRI, have been demolished or destroyed by fire.