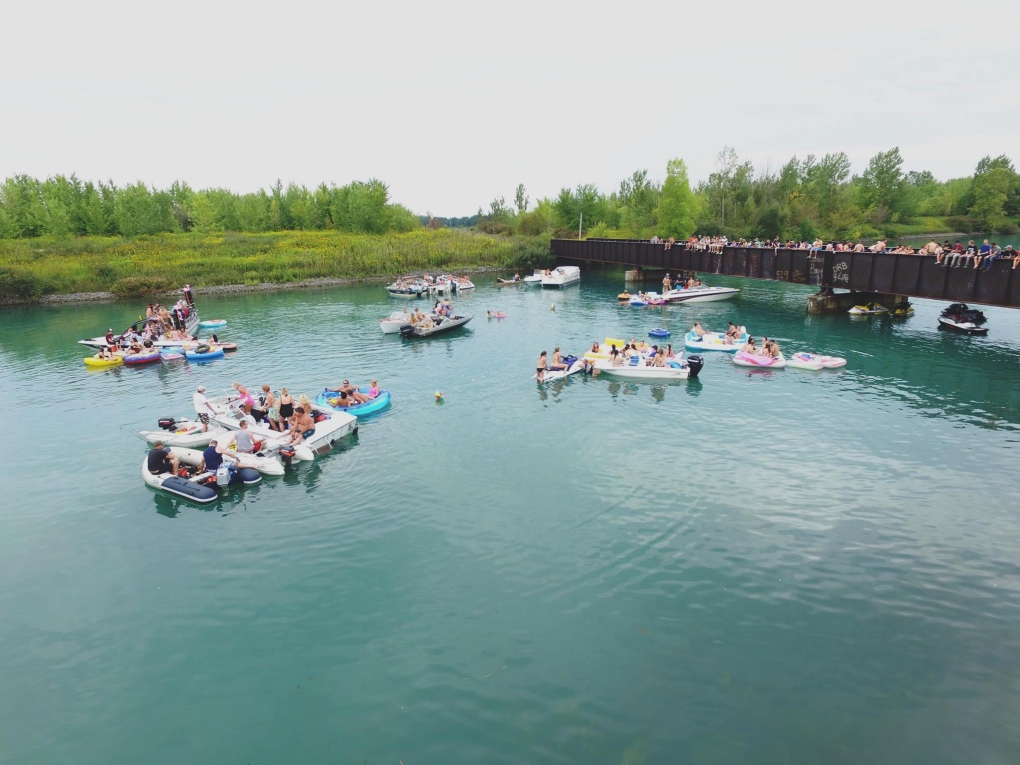 Five young people were sent to hospital in Lambton County after attending an event advertised on social media as the “Sombra Bridge Bash”. It was held on the St. Clair River in St. Clair Township on Saturday, July 9th. OPP say about 100 vessels and 500 people were in attendance.

Police say they attended numerous calls for service at the party, but the most concerning incidents involved five people who were found in medical distress due to an apparent drug overdose. All the victims ranged in age from 17 to 23. Police say the victims informed them that they had ingested an illegal street drug commonly known as Ecstasy.

The clinical name for Ecstacy is methylenedioxy-methamphetamine (MDMA), a synthetic drug that alters mood, distorts perception and produces feelings of increased energy, pleasure, and emotional warmth.

All the victims were treated in hospital for non life-threatening concerns. The investigation is still underway to determine the source of the illegal drugs.