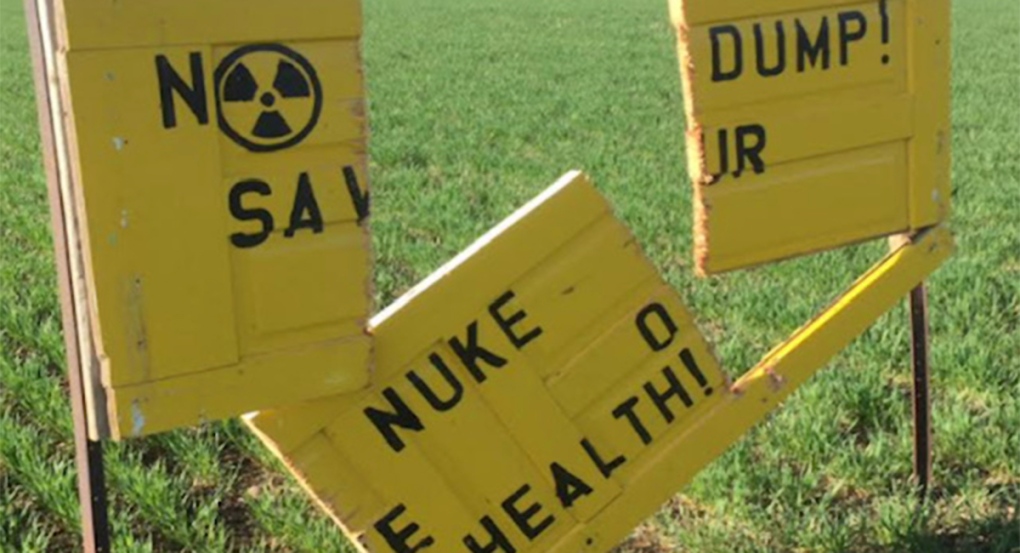 A damaged sign opposing the burial of high-level nuclear waste is seen in the Teeswater, Ont. are i April 2021. (Source: Protect our Waterways-No Nuclear Waste)

In pictures supplied by the Protect our Waterways-No Nuclear Waste group, several wooden signs appear to have been cut into pieces by a chainsaw.

The damage occurred over the weekend, just days after a Water Walk by members of the Saugeen Ojibway Nation marched past the proposed site.

The Nuclear Waste Management Organization has proposed a $23-billion plan to bury Canada’s most radioactive nuclear waste under 1,500 acres of farmers field, north of Teeswater or under Crown Land near Ignace, also in Ontario.

Debate over the project has split the South Bruce community.

Those opposed fear for the future quality and safety of their adjoining land and groundwater.

Those in favour see the project as an opportunity to add thousands of jobs to the region, and find a permanent home for Canada’s high-level nuclear waste.

A decision on who hosts the project, South Bruce or Ignace, is expected in 2023.