Another triple-digit day of COVID-19 cases in Middlesex-London 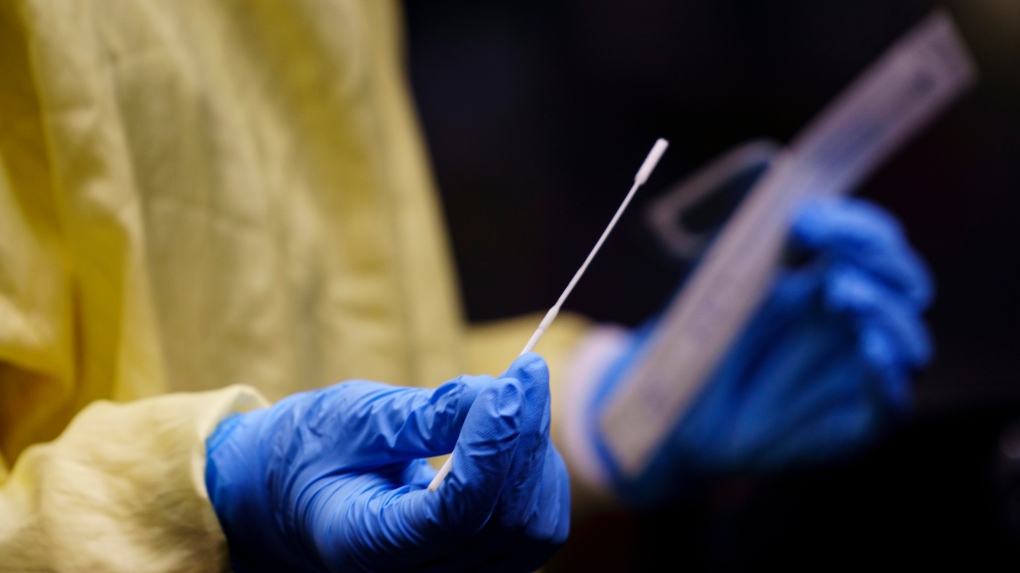 A nurse gets a swab ready to perform a test on a patient at a drive-in COVID-19 clinic in Montreal, on Wednesday, October 21, 2020. THE CANADIAN PRESS/Paul Chiasson

All three of the highest case counts have now occurred within the last five days, with 163 reported Saturday, a record-breaking 176 on Wednesday and now 151. The previous record of 148 cases dates back to Jan. 5.

Back in late December and early January, at the peak of the second wave, the region saw a total of 10 days with case counts above 100 over the course of 18 days. Since April 1, the region has already recorded 10 days of triple-digit counts.

After reporting the fist incident of the P.1 variant on Wednesday, the total number of variants has risen by 54 to 800, with 798 being the B.1.1.7 and two the P.1 variant. Another 187 cases have tested positive for a mutation.

Dr. Alex Summers, MLHU associate medical officer of health, says the B.1.1.7 strain is now predominant in the community.

He added, "We're reporting a second P.1 or Brazil variant today. That second P.1 variant is unrelated to the variant that was reported yesterday. We are still investigating, it does appear to be travel-associated or travel-linked as well, however it reminds us that not only is COVID remaining present in our community, but so too are these variants."

Summers also provided an update on the outbreak that shut down London's Cargill plant for two weeks. There are now 87 total cases, an increase of five from the total reported on Tuesday.

"An entire department has been placed into quarantine because of the transmission we've seen amongst staff within that department. The two-week idle period is critical, absolutely critical, in ensuring that that outbreak is brought rapidly under control."

At the London Health Sciences Centre (LHSC), nine staff and 57 inpatients are positive for COVID-19, with 24 in intensive care, an increase of six in the ICU over the last 24 hours.

Grey Bruce Public Health has asked all residents to stay home for 48 hours amid a surge of cases there as they try to reach all close contacts of confirmed cases.

The province broke its daily record for new infections Thursday, with more than 4,700 new cases reported.

Ont. doctor admits 3 COVID-19 patients to ICU after they turned down vaccines

Ontario considers stricter measures as models show up to 18,000 COVID-19 cases per day by end of May: sources

Some COVID-19 long-haulers reporting improved symptoms after being vaccinated