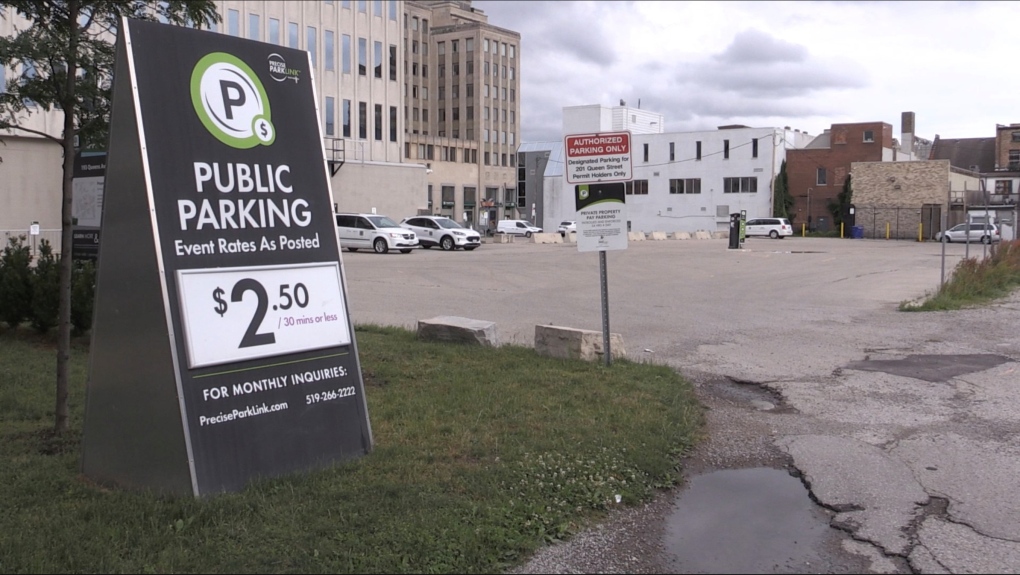 LONDON, ONT. -- A month after a trio of temporary parking lots near Richmond Row received three-year extensions from city council, Farhi Holdings is now seeking an extension for another lot in the core.

On Monday, the Planning and Environment Committee (PEC) considered a request to extend zoning permission to operate a parking lot at 193 Queens Ave. for three years.

Committee Chair Phil Squire noted that Farhi Developments was one of several developers who submitted a proposal to city hall to partner in the construction of a public parking garage and mixed-use high rise on the property and a neighbouring city-owned lot.

“There already has been a proposal on that property to develop it, a proposal that was actually stopped by the actions of the city of London,” explained Councillor Squire.

Council put consideration of the parking garage on hold until post-pandemic parking needs can be assessed in the core.

The property began operating as a parking lot in 2007.

The Downtown Parking Strategy determined that the central downtown area has an 81 per cent utilization rate, including the subject property.

Civic administration recommends a three-year extension because, “there is a demonstrated parking shortage in the central (downtown) sub-areas.”

The planning committee voted, 5-1, with Councillor Anna Hopkins opposed, to permit the three-year

“I would like to encourage the developer to develop here,” added Councillor Anna Hopkins. “This is a place where development can occur.”

Squire says there is a lot to consider before granting parking lot extensions.

Council will make a final decision on July 6.