Nature trails, park land, how about an event venue? They’re all among the ideas being considered for the future of the Byron gravel pits in west London.

“We were talking about an amphitheatre,” said neighbour Cheryl Morrison. “A great thing to get people together. Use it for entertainment, for theatre, whatever they would like.”

London city hall is narrowing down possible uses for one of the most unique pieces of land in the city, which is now being rehabilitated.

Neighbour John Fragis said he’d like to see a space created where people can come together as a community.

The 76 hectares of land with rolling hills, steep slopes and a pond was used as a gravel pit for 75 years, but has recently been decommissioned.

“If there is development there, and I’m sure there will be, they should consider nature first,” said neighbour Tony Parisio.

The unique property is owned by a number of parties, including the city and private developers. 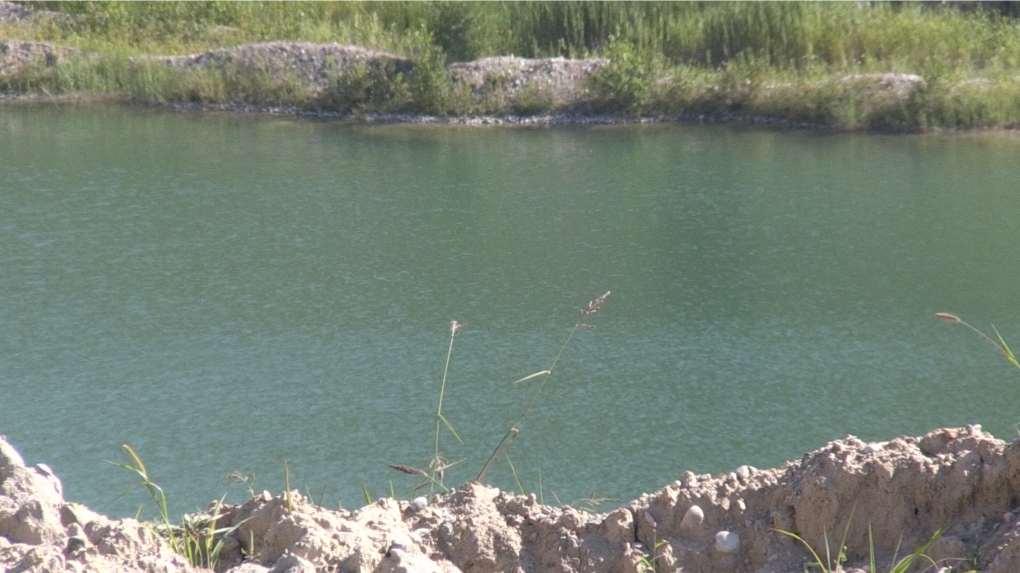 The future of the Byron gravel pits is being discussed by the City of London. (Bryan Bicknell/CTV News London)
A report headed to a city council committee outlines possible future uses. These include passive recreation and nature appreciation, active recreation- including multi-use trails, or an event venue such as an amphitheatre.

London’s manager of planning and development, Bruce Page, described the site as “incredible.” He added, “The topography that’s there, the pond that’s there from the excavation is quite spectacular. It would be a shame to lose that. And I think it’s something that I don’t think any other municipality in Ontario or Canada would have.”

One thing the city staff report does not get into is the wildlife in the area. The Byron gravel pit has one of the largest colonies in Ontario of a protected bird species.

In 2020 a Western University migratory bird researcher estimated about 2,000 bank swallows breeding at the site. Now Brendon Samuels is hoping any future development plans include preservation.

“An area surrounding the densest part of the colony in the southern portion of the Byron gravel pit could be earmarked for conservation,” said Samuels. “An area could have a perimeter fence put around it and could actually be a destination for eco-tourism where people could come from all over to see one of the largest inland sites of breeding habitat for this rare bird.”

Page called it a “challenging situation,” but said they are working to address concerns about this rare bird habitat. “There are some considerations in terms of trying to preserve, or in the future trying to create a habitat for the bank swallows,” he said.

In the meantime, Page said the city will seek further public input on the future of the site, with a proposed option decided on next year.

Coolio, the rapper who was among hip-hop's biggest names of the 1990s with hits including 'Gangsta's Paradise' and 'Fantastic Voyage,' died Wednesday at age 59, his manager said.

In the aftermath of post-tropical storm Fiona, the premier of Nova Scotia is calling on telecommunications companies to 'step up', saying that many residents are still without cell phone service or access to 911 days after the storm pummelled the province.

NDP Leader Jagmeet Singh says Conservative Leader Pierre Poilievre should not be opposing a dental benefit for children in low-income homes when MPs receive far broader coverage for their families.

New York Yankees outfielder Aaron Judge tied the MLB American League record for most home runs in a single season Wednesday night during a game against the Toronto Blue Jays at Rogers Centre.